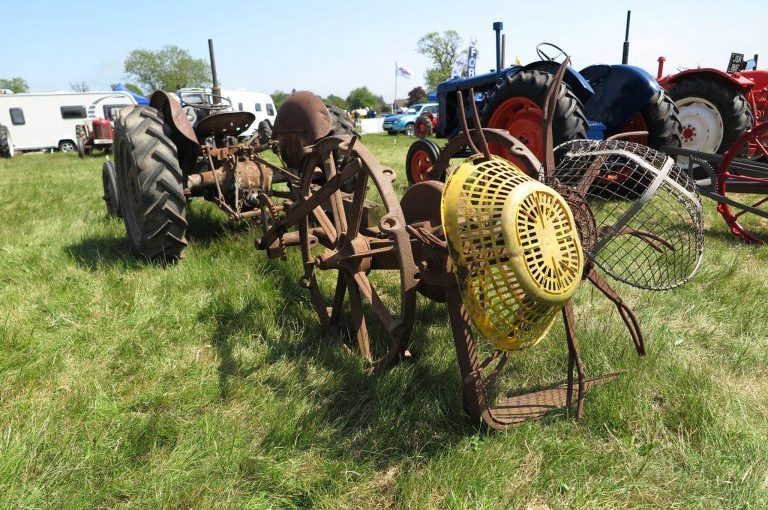 Local newspapers can provide a good deal of information about the last days of businesses, including notices of displenishing sales, adverts to take over a business, and news of new owners. The local press in Dundee and Perthshire provided a good deal of information on the last days of one of the great names among the Scottish agricultural and machine makers: J. D. Allan & Sons.

James Douglas Allan, Culthill, Dunkeld, Perthshire, was already in business by 1852. By 1865 he had been joined by his sons, and his business was known as James D. Allan & Sons, Dunkeld. Its premises became known as the Culthill Implement Works in 1884. The business described itself as an implement maker, smith, and farrier. It was especially known for its reaping machines and potato diggers. It was a regular attender at the Royal Highland Show from 1852 onwards. It won awards for a wide range of its implements and machines. In 1861 it won 2 soverigns from the Royal Highland and Agricultural Society of Scotland for the best two horse plough for general purposes, the best general set of hand implements for the farm. In 1871 it won a silver medal for its collection. This was followed in the next year by a medium silver medal for a potato digger and then a medium silver medal for a self-delivery reaper. In 1904 it was awarded a silver medal for a farmyard manure spreader in drills, and in 1911 along with three other machines it was awarded an equal premium for a potato digger or lifter. It also entered a number of trials.

In 1940 the business was put up for sale. The Dundee courier of 20 September 1940 advertised the business for sale:

Business Cartwright and wheelwright and general engineering business for sale, and to let, small desirable farm with the workshops.

For sale, the old-established business of cartwright an wheelwright and general engineering business of J. D. Allan & Sons, Culthill Implement Works, Murthly, Perthshire.This is an excellent opportunity of acquiring a sound and profitable business. The purchaser will require to take over the whole stock-in-trade, machinery, tools &c, and work in progress at valuation.The business will be let along with the small arable farm of Culthill. The farm extends to 92 acres or thereby, and is in excellent heart and in regular rotation. The purchaser will be required to reside on the farm. There is an excellent farmhouse and three cottages and bothy.Entry and occupation, 28th November 1940.Mr John D. Allan, on receiving two days’ notice, will show inquirers over the works and farm.For conditions of sale of the business and conditions of let of the business premises and farm apply to Messrs Condie Mackenzie & Co., WS, 75 George Street, Perth, or Messrs J. & J. Miller, WS, 10 Blackfriars Street, Perth.”

The displenishing sale was to be held on 26 November, 1940. The following was listed for sale by the Perthshire advertiser in its pages of 23 November 1940:

The business was taken over by Mr J. Douglas Bryan, Caputh. The Perthshire advertiser announced this in its pages of 4 December 1940:

It has given much pleasure to his friends in the district that Mr J. Douglas Bryan, Caputh, has taken over the old-established agricultural engineering business at Culthill.

Owing to Mr J. D. Allan’s retiral, the business changed hands at the Martinmas term, and Mr Bryan’s qualifications fitted him for the position. His experience of implement works extends over a period of twenty-seven years, he having acted as foreman cartwright to the firm during that term. His knowledge of all departments of the business will enable him to carry on in the footsteps of his predecessor, and he is assured of the good will and custom of farmer sin the district and far beyond the bounds of Perthshire.

The farm of Culthill, on which the business premises are situated, is now tenanted by Mr Stephen Bryan, a younger brother, who has run the fruit farm at Wester Gourdie successfully. This fruit farm has been the home of the Bryan family for about thirty years.

This fruit farm has been the home of the Bryan family for about thirty years. It is much regretted that for health reasons Mr J. D. Allan found it necessary to dispose of the business and farm of Culthill, which has been the home of himself and his forbears for upwards of one hundred years.

All branches of agriculture had his keen interest, but he took special pride in the feeding of cross Aberdeen Angus cattle.

Mr Allan has gone to spend his retirement in the Blairgowrie district, and his many friends wish him a speedy return to health.”

J. D. Allan died in December 1940. He left a significant impact and legacy on implement and machine making in Scotland. An obituary was included in the Aberdeen press and journal of 17 December 1940:

“Scots agricultural engineer deadA familiar personality at “Highland” Shows and other agricultural events in Scotland-Mr John Douglas Allan, lately of Culthill Implement Works, Murthly-has died in his sixtieth year at Ardmhor, Blairgowrie, where he took up residence three weeks ago. He had been in ill health for over a year, and at the Martinmas term he disposed of his well-known agricultural engineering business and the farm of Culthill.

Messrs Allan was sole partner of Messrs J. D. Allan & Sons, implement makers, a business that had been carried on since 1838 by the Allan family.”

The funeral of Mr Allan was described at length by the Perthshire advertiser of 21 December 1940:

Funeral of Mr J. D. Allan, formerly of Culthill Representatives from a wide area paid their last respects at the funeral of Mr John Dougal Allan, which took place to the family burial ground at Caputh Churchyard on Wednesday afternoon.

Mr Allan passed away on Sunday at Ardmhor, Blairgowrie, where he took up residence only three weeks ago. He disposed of the agricultural engineering business of Culthill Implement Works at the Martinmas term and also the farm of Culthill, which had been carried on by himself and forbears for three generations. Deceased was a prominent member of the “Highland” for upwards of 40 years and a director for Perth Show division for some three years. Delvine Curling Club, of which he was a keen member and vice-president, sent a beautiful floral tribute. In miniature rifle circles, Mr Allan was regarded as a crack shot, and he had competed at Bisley in his hey day.

He leaves a widow, one son and one daughter to mourn his loss.The Rev Kenneth O. Macleod officiated at both the house and grave, and members of the Delvine Curling Club carried the coffin.

Local newspapers such as those in Dundee, Aberdeen and Perthshire provided significant information on the last days of J. D. Allan, an important maker in Perthshire and Scotland. From them we are able to know more about the nature of Mr Allan’s business and its stock and activities, as well as Mr Allan’s personal life and personal impact.