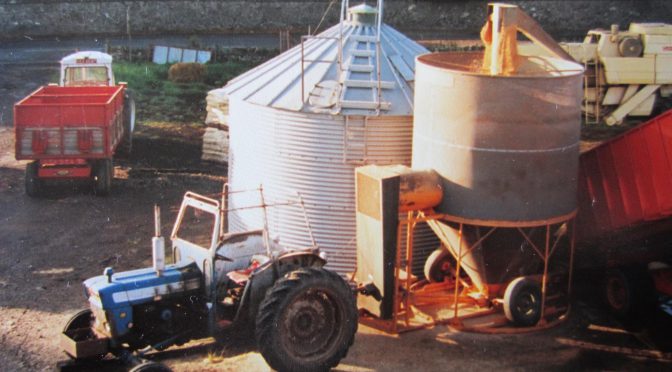 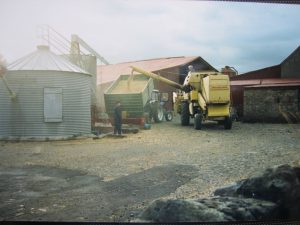 The introduction of combine harvesters brought a revolution in the way that grain was handled on the farm.  It also brought with it a revolution in the implements, machines and sundries available to handle grain.  These included grain driers and grain storage plants and installations, as well as grain-pick ups to move grain. 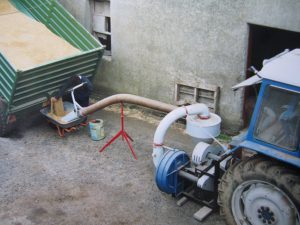 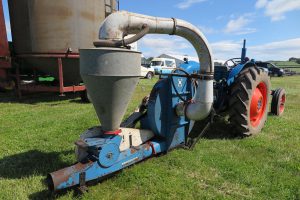 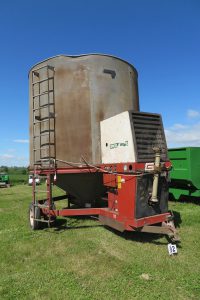 This revolution also brought changes to the way that farm buildings were used, and on some farms new buildings were erected; on others buildings were modified to accommodate the new plant. Storage was also required for the plant to be kept during the rest of the year. 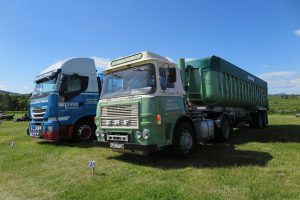 It isn’t often that you see aspects of the grain handling revolution around the vintage rallies.  It is an aspect of the revolution in Scottish farming that is much neglected and whose history is not well-recorded.