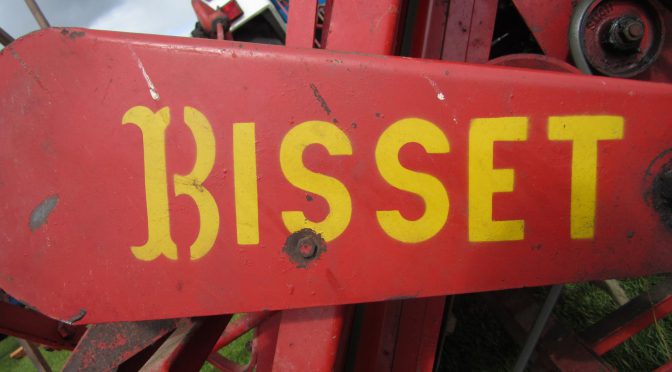 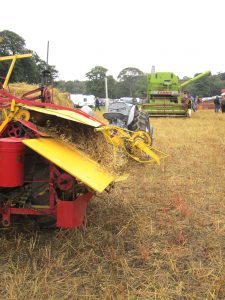 While combine harvesters had gained a firm footing in Scotland by the early 1960s, binders continued to be made and used.

By 1963 the only British makers of combines were two Scottish companies: J. Bisset & Sons Ltd, Blairgowrie, and John Wallace & Sons Ltd. Both were long established makers, also being world-renowned for them.

J. Bisset & Sons Ltd, manufactured a semi-mounted binder, powered from the tractor p-t-o, with a left hand 5 ft or 6 ft cut. John Wallace had the “J.F” front-mounted or trailer model binders of 5 ft or 6 ft cut. 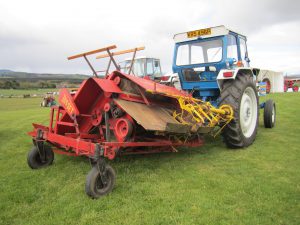 Bisset continued to sell binders until mid 1966. On 16 June that year, the company passed an extraordinary resolution to voluntarily wind up the company; it was dissolved in 20 November 1970. 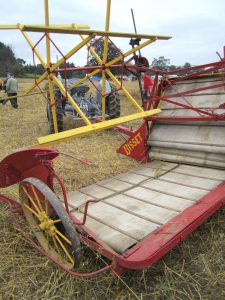 The photographs of the Bisset binder (tractor mounted) were taken at B. A. Stores, May 2014, and Scotland’s Farming Yesteryear, September, 2014 (trailing model).