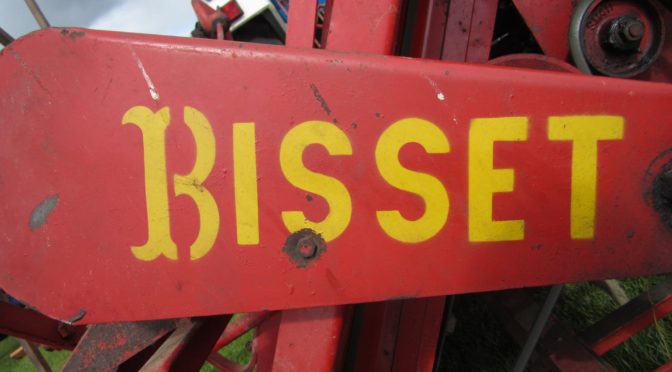 I am always on the look out for resources which provide insights into the development of the Scottish agricultural implement and machine making trades in the nineteenth century. The North British Agriculturist provides some accounts, though these are few and far between. Last week when I was reading back issues of that newspaper, I came across an account of the annual dinner of the Scottish Agricultural Engineers’ Association in August 1878. This is one of the best accounts to set out the great development of the trades between the 18560s and 1870s. The evidence also comes from the implement makers themselves. A number of the prominent makers were at the dinner:

The Chairman, in proposing the toast of the evening, said a short time ago the society had no existence. A kindred association had existed in England for a considerable time, and although in point of magnitude the agricultural implement trade of Scotland could not at all be compared with that of England, a number of Scottish implement makers was three years ago, and, consisting that what was good for the trade in England might not be bad for the same trade in Scotland, agreed to form an association. The agricultural implement trade had developed to a very great extent during the last 20 years, and it was not matter for wonder, keeping in view its sudden rise and great growth, that the interests of the trade had sometimes been misunderstood-particularly by national agricultural societies, in the administration of their annual shows. It was with a view of overcoming some of the grievances under which agricultural implement makers laboured that the association was formed, and he was glad to say the efforts of its promoters had not been altogether in vain. Although not on the same lines as the Highland Society, or even on parallel lines, he hoped the objects of the society were not hopelessly divergent. It was desirable to have meetings of a social nature, to obtain an understanding as to what was good for the interests of the trade-(applause). The toast was cordially received.

Mr Barford (Peterborough), in proposing “Scotch farmers and agriculturists”, spoke of the identity of interests of these gentlemen and implement makers. He remarked that of late years farming in the southern and eastern counties of England had been a very unprofitable business. Although a high standard of farming prevailed in Scotland, he said that he believed, in regard to high farming, and the investment of capital, there were several districts in England in which the farming would compare favourably with that in Scotland-(applause)

Mr Main (Glasgow), in proposing “the implement trade”, said it was second to none in the country. The implement makers of Scotland worked not for this country and for Ireland alone, but for the whole world, although they had the Americans to contend with. In England, the importance to the agricultural interest of suitable machinery was so great that he questioned if it was fully appreciated or understood. From experience at agricultural meetings, implement makers must maintain that they got very scant justice and courtesy, forming, as they did, such a great portion of the exhibitions which took place from time to time-(applause)

Mr Ransome (Ipswich), in responding, referred to the great amount of capital invested in the implement trade, and remarked that even from a monetary point of view it was a trade of the greatest importance-(applause)
Mr Young (Ayr), proposed “The English makers of the Association”, coupled with the name of Mr Sparks, Grantham, who replied.”

By 1878 we see an industry that had grown rapidly and was firmly established. Its makers included businesses that were to continue in business for many decades to some – some even nearly a century later.