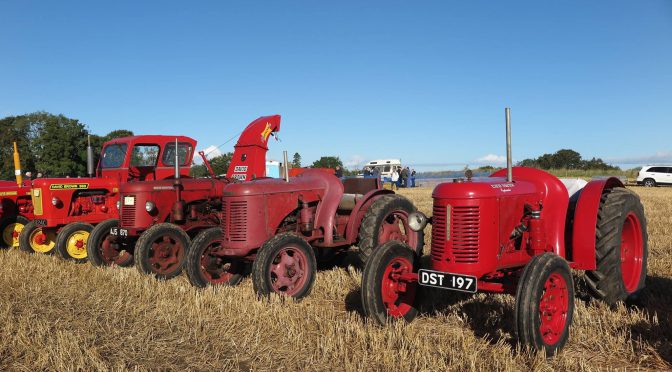 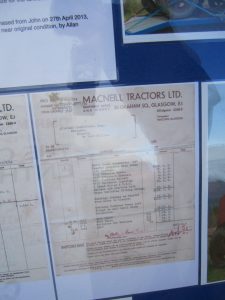 Duncan MacNeill was an agricultural implement agent and dealer at 22 Halbert Street, Glasgow in 1931. By 1933 he had opened up a premises in Orchard Place, Stirling, from where he was an authorised Fordson agent. Duncan saw opportunities to develop his business and in 1939 he incorporated his company as MacNeill Tractors Limited. An advert in the Scottish Farmer in the following year describes his company as “McNeill Tractors Ltd of Glasgow and Stirling, showrooms 147 Bothwell Street, Glasgow”. By July 1940 the company was “McNeill Tractors, St Peter’s Lane, Glasgow”, the Bothwell Street entrance having been discontinued for urgent National reasons. The company continued to trade until at least 1960. 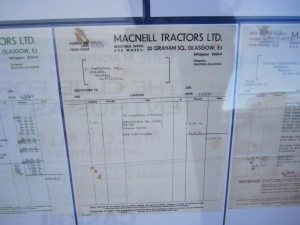 While the company’s early focus was on Fordson tractors, it came to be a major forceful the distribution of David Brown tractors in Scotland. In 1956 the company advertised in the Scottish Farmer as “MacNeill Tractors Ltd, agricultural and automobile engineers, 20 Graham Square, Glasgow, distributors for David Brown and Albion implements; stores and woks, 57-61 Meiklewood Road, Glasgow. Also stores and services depot, Edward Road, Stirling.” 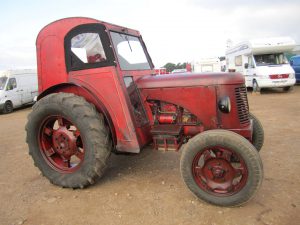 The company’s relationship with David Brown Tractors was an interesting one, starting during the Second World War. In 1943 Duncan MacNeill set up a sister company Duncan MacNeill Tractors (Edinburgh) Limited, which was incorporated in March 1943. It had a share capital of £5,000 divided into 5000 ordinary shares of £1 each. Its articles of association included an article which showed a close association with David Brown Tractors: “so long as David brown and Mess MacNeil Tractors Ltd, are equally interested in the share capital of the company, two Directors shall be nominated by David Brown and two by Messrs MacNeil Tractors Ltd. The Directors so nominated shall not be subject to election by the company on general meeting, nor shall 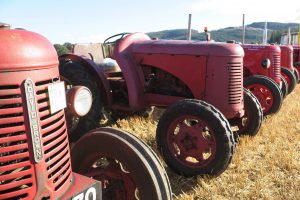 they be subject to the regulations for retiral and rotation of Directors contained in these Articles.” The first of the Directors were the Company Secretary of David Brown – Sydney Braithwaite – and the commercial manager – Fredrick Bowyer Marsh. The qualification of a Director was to be the holding of 250 shares in the capital of the company. From MacNeil tractors were nominated Duncan MacNeil, engineer, and John Stewart Bauchop, manager. The first return of allotments for April 1943 shows MacNeil, Bauchop, Braithwaite and Bowyer with each 250 shares. In addition, David Brown Corporation of Great Britain Ltd had 500 shares. Macneill Tractors Ltd had a further 500 shares. 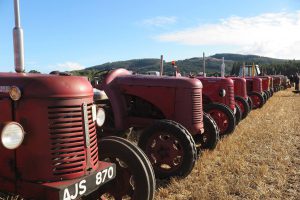 In April 1946 Duncan MacNeill Tractors (Edinburgh) Limited passed a special resolution to change its name to D. B. Tractors (Scotland) Ltd, subject to the approval of the Board of Trade. That approval was given in May 1946. The following months saw changes in the shareholding structure of the company. Duncan MacNeill resigned his Directorship in November 1946. The annual return of 21 December 1946 saw the shares of MacNeill, Bauchop, Braithwaite and Bowyer as well as MacNeill Tractors Ltd all being transferred to the David Brown Corporation of Great Britain Ltd. A further return of 13 September 1947 showed that the David Brown Corporation of Great Britain) Ltd had 1998 of the 2000 shares, with its commercial manager and sales manager each having a further share. 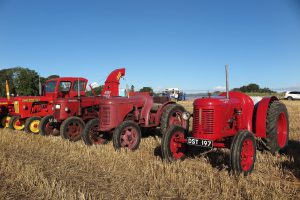 Further changes were brought about in the next few years. The company changes name again again. A resolution was passed on 13 December 1949 to change the name to David Brown Tractors (Scotland) Ltd. The approval of the change was made in early January 1950. The annual report of December 1951 showed a profit of £1,119,17.8. Though the company ceased to trade on 30 June 1953, it continued to file annual returns until January 1971. The company was dissolved on 30 January 1973. 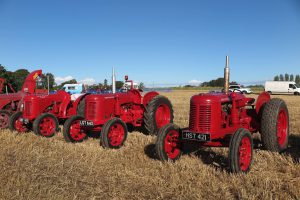 What happened to Duncan MacNeill? He set up other companies to sell and deal in plant and agricultural machinery. In the mid to late 1950s he set up McNeill farm Industries, 69 Payne Street, Glasgow (later Bath Street and works at Port Dundas). It was sequestrated in December 1959. From 1962 to 1967 set up and ran D. MacNeill Industries Ltd, plant and agricultural machinery merchants, 95 bath Street, Glasgow.

The business activities of Duncan MacNeill and David Brown provide interesting insights into business organisation to sell tractors into Scotland. You might still see a McNeill nameplate on tractors around the rally fields.