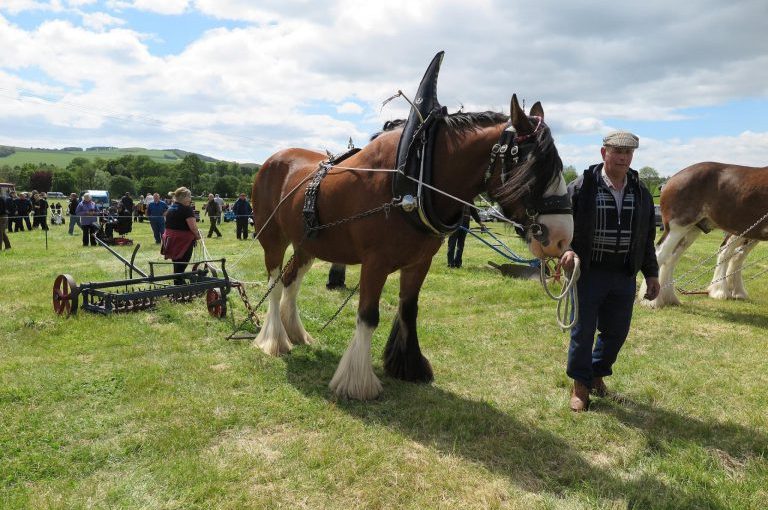 A really effective new soil pulveriser was introduced into Scotland in the early 1840s. This was the Norwegian harrow. Its function was to reduce large clods into very small ones by means of a number of lines of rays or tines, leaving the land “perfectly light and lose, whilst the clod-crushing roller gives to it firmness and consistence.”.

This implement, on an “entirely novel construction”, was introduced by George Edward Frere, FRS, of Edinburgh, from Norway. He had it constructed, with some changes, by Richard Stratton, Bristol. He entered it for the Royal Agricultural Society Meeting at Shrewsbury in 1845 where the judges awarded to him a premium of 10L for his harrow. By 1858 Norwegian harrows were being made by a number of Scottish implement and machine makers. In that year they included James Kirkwood, Tranent, who sold one at £8 10s, and Peter McGregor & Son, Keith, at £8 15s. Kirkwood became a renowned maker of these harrows, winning a number of premiums for them from the Highland and Agricultural Society of Scotland.

By 1864 the number of makers of these harrows had increased. They also included: John Barrowman & Co., Saline, Fife, David Young, Hassington, Coldstream, Robert Peddie & Co., 132 George Street, Edinburgh, William Kirkwood, Duddingston Mills, Edinburgh, and Kemp, Murray & Nicholson, Stirling. The one made by that latter maker was described as a “Norwegian harrow, or clod crusher”.

These harrows were still being made into the 1880s. Makers continued to include William Elder, Tweedsmouth Implement Works, Berwick on Tweed, and Kemp & Nicholson, Stirling. After that date there are few references to these harrows.

A number of sets of Norwegian harrows continued to be found at displenishing sales in the mid twentieth century. They appear to have lasted longest in areas such as East Lothian and Perthshire, though their presence at sales does not meant that they were continuing to be used until that late dates.

The farms were leading ones, with large acreages, where potatoes and other root crops were grown. They also had an extensive range of implements and machines, including leading types and makes.

The farms that had Norwegian harrows at their displenishing sales included:

Byres, Longniddry (from The Scotsman 1939)

The set of Norwegian harrows was photographed at the Fife Vintage Machinery rally, June 2014.