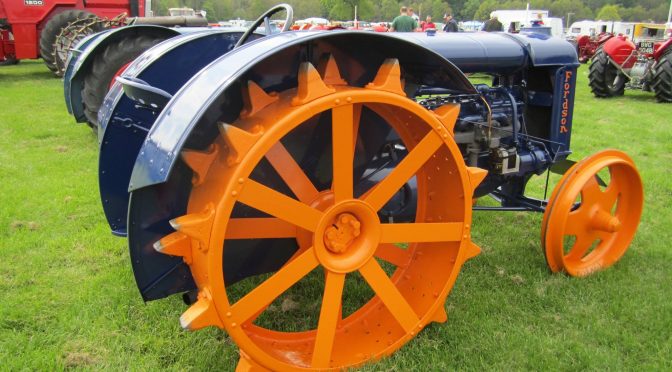 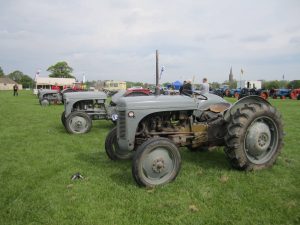 David Ure provided a short, but succinct, account of the implements and machines in Roxburghshire for the Board of Agriculture in 1794. It included the most important implements of the day – ploughs, carts, wagons, fanners, and mills. He notes some of the key members of the agricultural community that introduced improved implements as well as those who were using the latest technologies. His account is quoted at length:

“Small’s two-horse plough is in general use for a light soil; but the common Scotch plough, sometimes of a light construction, is preferred in stiff clay land, especially if new soil is to be raised, or where the course of the furrow is interrupted by large stones. In these cases, the pike sock is best, but is generally disliked by ploughmen, because, according to their manner of working, it does not make a neat furrow. Ploughmen, from an over-fondness of 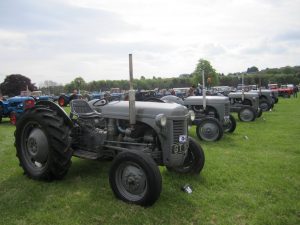 exhibiting what they call fine work, are sometimes induced to reprobate those instruments, and neglect that mode of working, which experience teaches to best for the ground. In Tiviotdale, however, the soil is generally such, that workmen but of ordinary abilities, may give it a beautiful appearance; especially as the climate affords them every advantage that can be derived from it. A ploughman bred on a light soil, which he can work in any manner, at what time, and with what implements he pleases, would make but a sorry figure on a wet stiff soil, full of large stones, and where heavy instruments are necessary. The Scotch plough is furnished, not unfrequently, with the English, or cast iron, mould board.
In the art of ploughing, great advantages are derived from keeping the plough horses in mutual friendship. For this purpose, they are 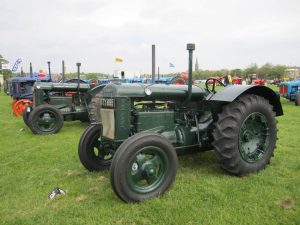 commonly fed together in the same stall, and every method is used to establish between them an unvoidable affection. In accompanying this desirable end, the ploughman of Tiviotdale are highly to be commended. The drill plough for turnips, with its rollers, &c &c is here brought to a great degree of perfection.
The lately invented threshing machine, has found its way into several places of the county, as Melrose, Bowden, Fairnington, &c. Some are wrought by means of water, others by horses. Threshing with the flail, is, however, more generally preferred, from a persuasion that the work is equally cheap, and well done, as with the other. It is also universally believed, that straw recently thrashed, is better for cattle than what is long kept; which last must be the case with most part of the straw threshed with the machine. It is also observed, that horses, having wrought the machine for a day or two, are, for some days afterwards, very much unfit for the cart or plough: they seen to be silly, and stupid. This may be owing to the circular tract in which they are forced to go, when in the machine.
Fanners are universally used. Those that are wrought by the hand, 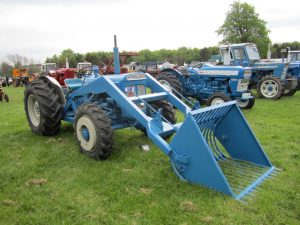 are said, by some people, to clean the corn better than when wrought by the machinery of a mill. The common report in the county is, that the model of this useful machine was, some years since, brought from Holland, by Sir-Douglas of Cavers, Bart. From this model, the first corn fanners in Britain were made, by a person of the name of Andrew Roger, who dwelt at Hawick, and who afterwards made considerable improvements on the machine. He introduced them into Durham, Northumberland, and other places of England. Fanners made to this day by Mr Roger’s descendants, are universally esteemed.
Mills for wheat, oats, and barley, are sufficiently numerous. Lint mills are not plenty in the county. Common prejudice s not in their favour; it being imagined that lint, scotched by hand, is better done than by the mill. This may probably be the case where the mills are ill constructed, and the workmen unskilled or careless. A scutcher usually gets 6d a day, and victuals. 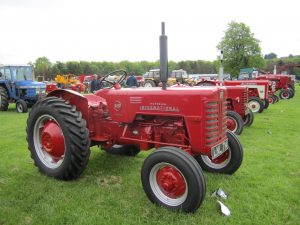 Rollers are much used upon light soils. Mr Church at Eckford, has an improved roller, which, after the ground is well harrowed, makes, by its peculiar construction, a few small drills or furrows at once. Mr Church sows his grain in the broad cast way among the furrows, into which it naturally falls. He frequently hand hoes between the furrows, after the grain is brairded. This practice he finds to be much in favour both of the land and crop.
Open waggons, drawn by two horses in a trace, are commonly ten feet in length, four and three quarters in breadth, and one and three quarters in depth. A common close bodied cart, for two horses, is about five feet and a half in length. Three and a half in breadth, and one and a quarter in depth. The sides and ends are made to slope a little outward. The usual weight, is from seven to nine hundred weight. The cart costs from 5l to 6l sterling. The wheels are about four feet and a half in height. Iron axle-trees are preferred by some, on account of their strength; but in general, are reprobated, from a common belief that they shake the shaft horse too much. The trams 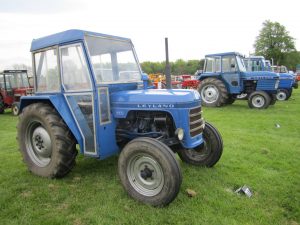 are considerably closer at the far, or draught end, than at the body of the cart. They are separate about two feet and three quarters at the former, and three and a half at the latter. This particular construction is, by experienced carters, highly condemned, because the ends of the trams frequently strike the sides and shoulders of the hose, especially on a bad road; but were they nearly as wide as at the body of the cart, the horse would have more freedom to walk with ease. Two horses are almost universally used either for cart or wagon. They are supposed to be indispensibly necessary for bad roads, and long draughts. Single-horse carts and waggons, however, are daily becoming more numerous, and will probably, in a short 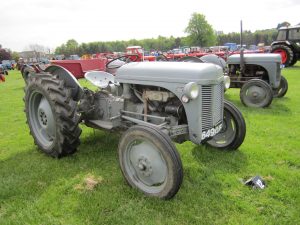 time, supercede the other. They are found, by experience, to be much easier and safer for the horses; and that three will carry, for any length of road, a draught equal to what is usually drawn by two double-horse carts. But were the Lanarkshire breed of strong draught horses more common in the county, it is likely that a single-horse cart will be found to carry as much as any double-horse cart, by the breed at present encouraged. One driver can manage two single horse carts with as much ease as he can do a double-horse cart. It is necessary, however, that he leave off the absurd and dangerous custom, which is practiced in this and some of the neighbouring counties, of sitting on the cart or wagon, whether empty or full.”

The photographs were taken at the Borders Vintage Rally, May 2016.