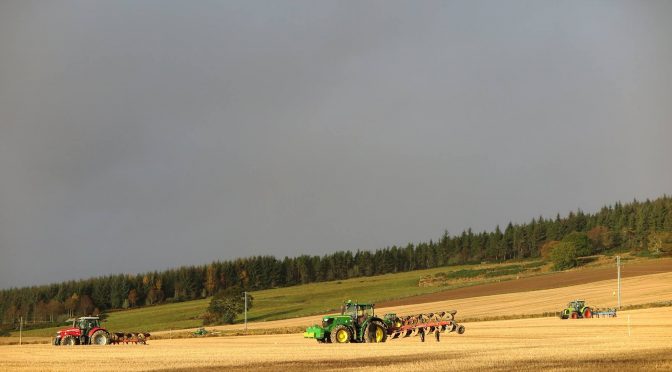 Sir George Steuart Mackenzie wrote a survey of the agriculture of Ross-shire for the Board of Agriculture in 1810. It includes a short description of ploughs and ploughing in that county. 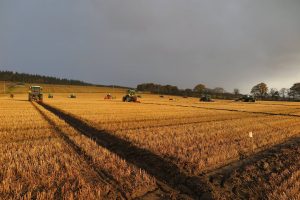 “The plough which is used by the common people, is an extremely awkward imitation of the improved implement used by the best farmers. But it is so calculated to turn up the ground, that the person who holds it experiences more fatigue in twisting and turning, and pushing and pulling it, than the horses and other cattle employed in the draught. The plough commonly used by 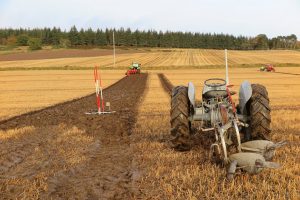 the better sort of farmers, is that constructed after the well-known model of Small’s plough. It is made as light as possible, consistently with the strength required, and performs its work very neatly when tolerably well managed. Two horses are employed by our very best farmers to draw a plough; but the country people employ cows, oxen, and horses often in the same team, to the number of six or eight.”

Hasn’t ploughing changed in the county in the last 200 years.

The photographs were taken at the Easter Ross Ploughing Match, November 2015.