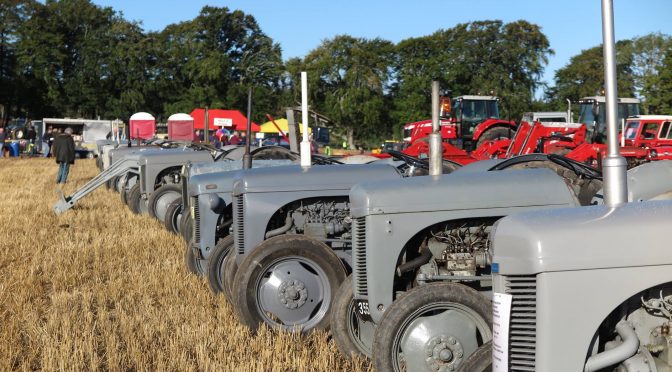 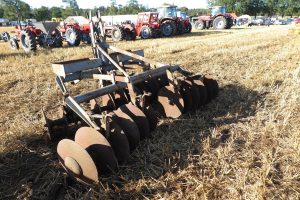 The recognition of the need to bring together the making of tractors and implements suited to them was an important step forward in agricultural engineering. By the 1950s we see trade directories which record ploughs suited for particular makes of tractors. For 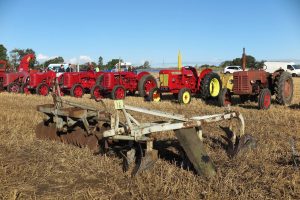 example ploughs of William Begg & Sons, Tarbolton, Ayrshire, were suitable for Ferguson tractors, Ploughs made by Cruikshank & Co., Denny, were suited for Ferguson and David Brown tractors while other models suited Fordson Major and Nuffield tractors. 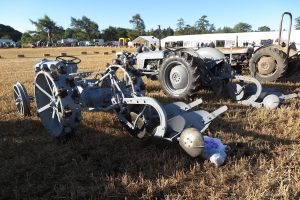 Ferguson developed an impressive range of implements and machines to fit the TE20, FE35 and 65 tractors. He also issued manuals to state which implements could be used without modification, those which required modification and those that could not be interchanged between tractors. 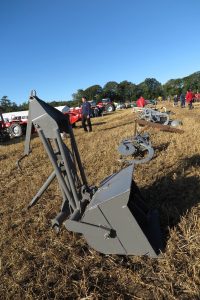 It really was a comprehensive farming system for the agriculturist. However, it must have had quite an impact on the Scottish and other implement and machine makers that were producing their own manufactures. If you had a Fergusn – why buy from another maker if the Ferguson name was equated with simplicity, efficiency and reliability? 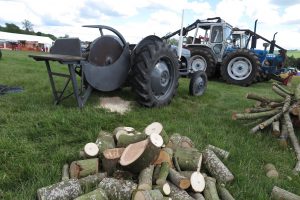 That the Ferguson implements and machines were popular is evidenced by the large number of them that you can still see around the rally fields – and of course for the enthusiasm and memories which the “wee grey Fergie” conjure up.

The photographs were taken at the Strathnairn vintage rally, October 2017, and the Fife Vintage Machinery Rally, June 2017.