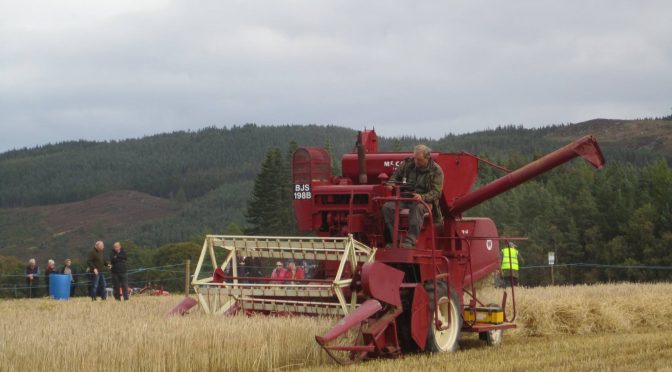 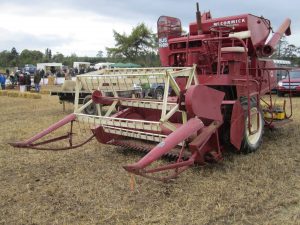 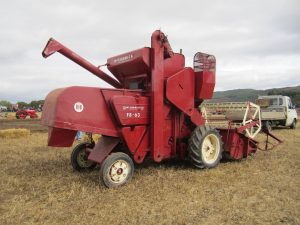 Scottish makers of reapers and mowers started to sell Amerrican machines, usually binders, to augment or replace their own lines which were losing popularity. In the 1890s they included Thomas Brown & Sons, Duns, Auchinachie & Simpson, Keith, and Alexander Jack & Sons, Maybole. By the following decade they also included J. D. Allan & Sons, Dunkeld. 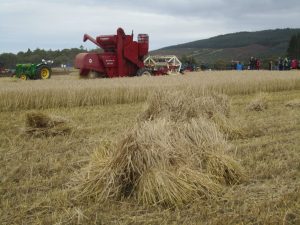 Some of the American companies had a small number of dealers. between 1897 and 1910 Adriance Platt & Co., had 8 dealers: they ranged from large businesses such as John Wallace & Sons, Graham Square, Glasgow in 1893-94 to small, localised ones, such as John Robertson, implement maker, Conon Bridge, Ross-shire in 1901. All were located in significant grain growing areas, or agricultural centres such as Errol, Stirling, Maybole, Lockerbie, Conon Bridge, Dundee, and Glasgow. 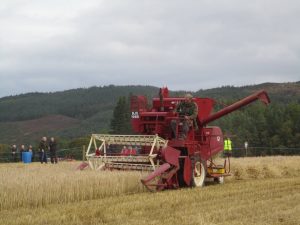 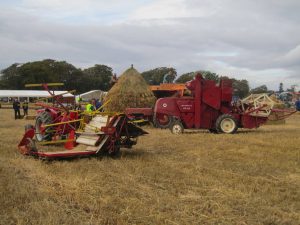 American makers of combine harvesters were to play an important role in the Scottish harvest field. They included Allis-Chalmers and McCormick. There are still a few of these “vintage” combines around. One of these is to be seen at the Strathnairn vintage rally, usually held at the end of September.

The photographs were taken at the Strathnairn Vinatge Rally, Daviot, September 2014.