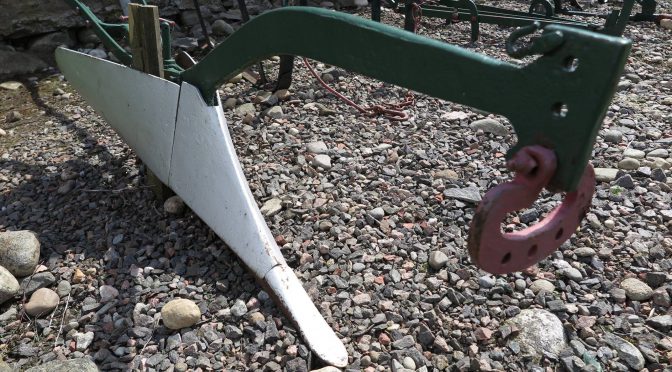 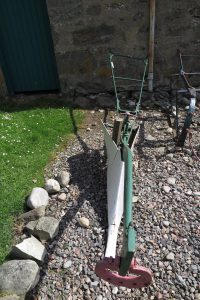 Drill ploughs played an important role in the cultivation of a range of green crops including potatoes and turnips. By the early twentieth century most farmers used drill ploughs for growing potatoes. Where they did not, they used a single plough instead.

In 1910 you could purchase a drill and ridging plough from a number of makers in Scotland. Gavin Callander made a one horse drill plough which sold for £2 10s. Thomas Hunter & Sons, Maybole, had an improved mould or drill plough with curved steel moulds and marker for £5 10s. A. Newlands & Son, Linlithgow, had a section including a one horse drill 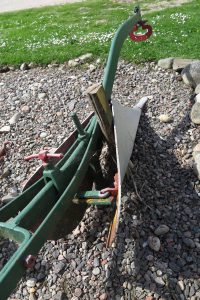 There are still a few drill ploughs around the rally fields.

The photographs of the Sellar drill ploughs were taken at the Highland Folk Museum, May 2016.