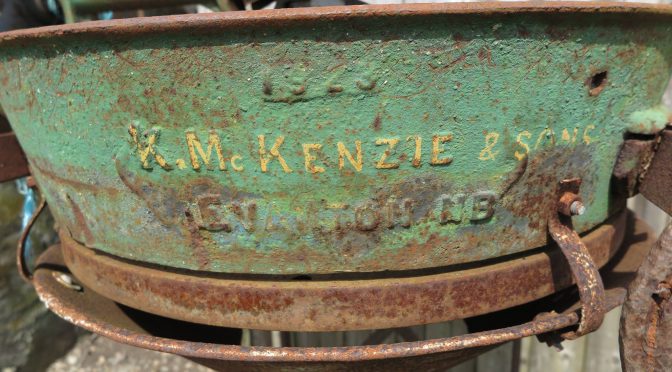 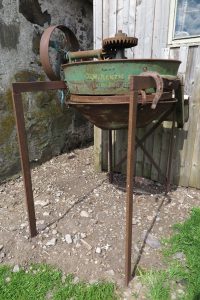 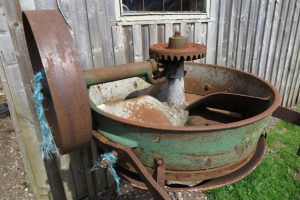 Kenneth’s business grew and expanded.  By 1945 he had premises at Evanston and also Conon Bridge.  In 1955 he also had a branch at Inverness.  He was joined by his sons in business by 1949, becoming “Kenneth McKenzie & Sons”.  Sister company also emerged, including Kenneth McKensie & Sons (Caithness) Ltd, which had premises at Burn Street, Wick, in 1952. 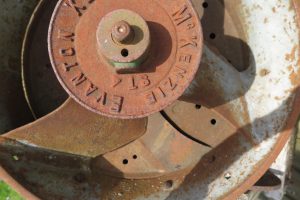 The company actively promoted its manufactures and its implements and machines for which it was an agent at the Highland Show from 1923 onwards until 1956.  It did not, however, visit all the shows, focusing its attention on those at Inverness, Perth, Edinburgh, Dundee, Paisley, Aberdeen, and Alloa.  The north of Scotland market was especially important.

While the company was an agent for Massey Harris in 1926, and 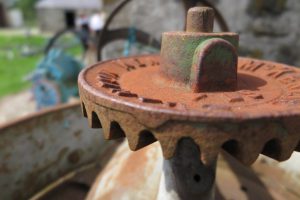 David Brown from 1952, it also manufactured its own implements and machines.  They included potato dressers, root cutters, barrows, food coolers, and sack holders.

By 1949 the company made a variety of root cutters.  They included: 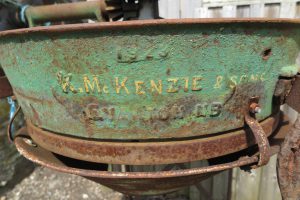 The company continued to operate until 1957.

The photographs of the Kenneth McKenzie & Sons root cutter from 1923 were taken at the Highland Folk Museum, Newtonmore, May 2016.