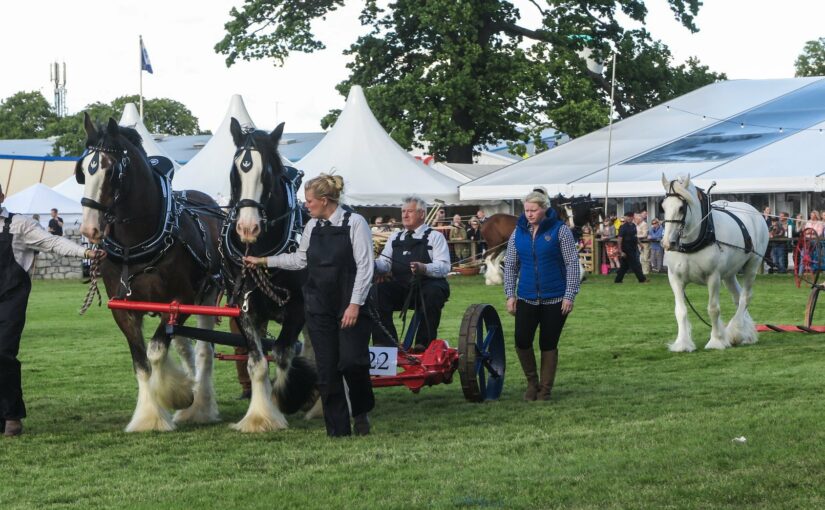 Advertisments in newspapers are great for revealing a wealth of details about businesses that are not always found in other sources of evidence. Accounts of premises for sale, as well as roups, provide detailed lists of the contents of a business. These can provide evidence of the scale and operations of a business. They can also show the manufactures that were being made.

In January 1856 the agricultural implement maker and blacksmith Alexander Young of Monifieth was retiring. He had arranged a public sale of the contents of his premises including his tools and implements that he had made. This shows that he had an extensive list of his manufactures including farm carts, ploughs, harrows, wooden rollers, land rollers, harrows etc – some of the “regular” implements that he was making and supplying for his customers.

The advert is worth quoting at length for the insights it can provide into his business:

“Premises for sale
Dundee, Perth and Cupar advertiser, 23 January 1857
Monifieth sale.
Extensive dale of agricultural implements, and wrights’ and smithy tools, wood &c
There will be sold, by public roup, at Monifieth, on the premises belonging to, and occupied by, Alexander Young, agricultural implement maker and blacksmith there, on Wednesday the 28th and Thursday the 29th January curt,
The whole stock in trade, new implements, tools, &c, belonging to Mr Young, who is retiring from the business. The new implements consist of-
6 farm carts-complete;
7 corn and light carts;
1 water cart;
20 iron ploughs;
2 turnip sowing machines;
1 malleable iron land roller;
3 wood rollers;
6 two and three horse grubbers;
4 drill grubbers;
2 land pressers, with 6 presses each;
2 jankers, with wheels, 6 ½ and 5 ½ feet high;
8 brake of harrows;
18 pairs of wheels and axles;
2 pairs of 6-inch broad wheels and axles;
1 weighing machine;
1 gig;
5 sets of polished draught chains;
4 pairs of bellows; and
4 anvils; and
a number of wheel barrows.
The wood consists of –about 20,000 feet of hardwood plank, well seasoned, from 1 ¼ to 6 inch thick;
70 pairs of cart wheel naves, turned;
300 gang spokes;
80 gang felloes; and
A quantity of larch boards and planking.

The photographs were taken at the Royal Highland Show, June 2019.