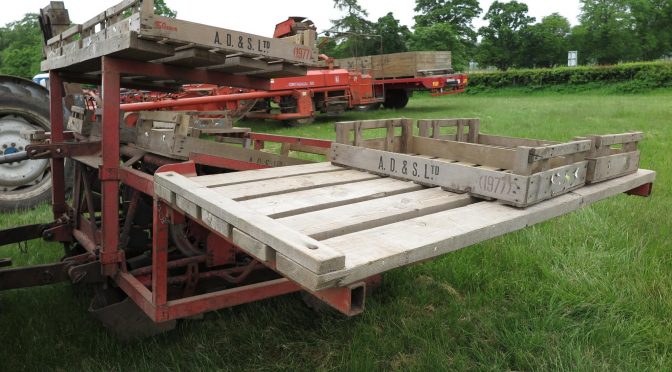 If you wanted to but a potato planter in 1952 you could have chosen one from a number of makers throughout Britain. 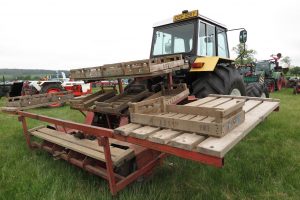 By this date there were few makers of potato planters in Scotland. The most notable was J. L. & J. Ballach, Gorgie Implement Works, Edinburgh. It manufactured its “Richardson”, a 2 row multi-purpose machine with Ferguson attachment. It was a tractor mounted planter, for three point hydraulic linkage. It was for using on drills with a width of between 24 and 30 inch wide. 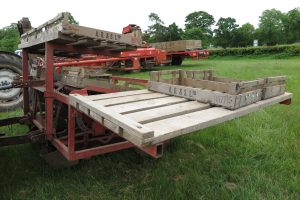 Most of the makers of planters were made by English makers, with some of them being well-known. They included the tractor maker, Harry Ferguson Ltd, Coventry. It had two models. One with a 3 cwt capacity, attached to a hydraulic mounted toolbar. It was hand operated with an adjustable timing device. It came with a conversion set for chitted seed. A second planter had a 3 1/2 cwt hopper attached to a hydraulic mounted Ferguson toolbar. It was of the hand dropper type with a timing device. It could be provided as separate models for seed potatoes and chatted potatoes, spacing the seed at between 8 and 16 inches. You can still see some of the Ferguson tattle planters round the Scottish rallies.

Other makers included E. O. Culverwell, Lewes, Sussex, with its three row, semi-automatic, tractor trailing or hydraulic mounted, “Cover-well”. It could be used with Fordson Major tractor. W. T. Teague (Machinery) Ltd, Truro, Cornwall, had a 2 or 3 row planter for use with the Fordson Major and Nuffield tractors. It was designed with hoppers for either unchitted and with trays for chatted seeds. Transplanters (Robot) Ltd, Sandridge, Hertfordshire, made a range of models for 2 or 3 rows, for tractor use. One of its models, a 2 row, tractor drawn, semi-automatic, had a fertiliser attachment. It worked off the flat, with ridging bodies or discs. It worked on drills 28 inches as standard, though it could also work on ones for 24, 26 and 30 inches. It could space the sets from anything between 12 and 36 inches. at anything from between 1 and 6 inches below the ground. 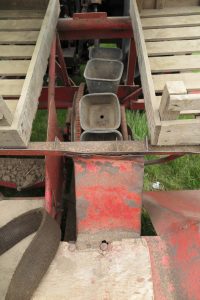 Another maker that was well-known in Scotland was Modern Designs ltd, Longfield Road, Twyford, Berkshire. It was known for its “Packman” planters. it made three models, all for the tractor. One of them was its tractor drawn, 3-row semi-automatic, which worked on 26, 27, 28 or 30 inch rows. It could space the sets (chitted seed) between 7 1/2 and 18 inches apart. It had a hopper capacity of 6 cwt. It required three people on the back of the planter – one to put seed into the cups for each drill. One of the drawbacks of the planter was that if the operator let down the planter too quickly at the end of the field it would shear the bolts for the ploughs and when the tractor left the end of the field, the plough bodies would be left at the end of the field!

Despite the fact that Scotland was such an important country for potatoes (seed and ware) by the 1950s, there were few Scottish makers. Scottish farmers and agriculturists had to look further afield to England to have a wide selection of planters. This was also to be the same for potato harvesters that were to come onto the scene in increasing numbers in the following decade.

The photographs of the Packman planter were taken at the Fife Vintage Agricultural Implement rally, June 2016.