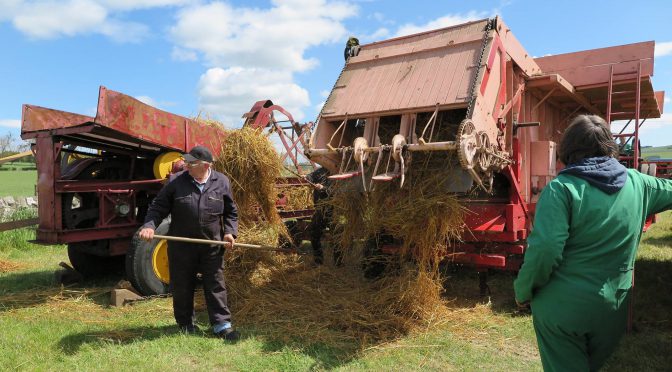 While hay was traditionally carted loose into towns and cities, new 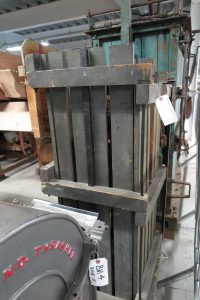 means were developed to compress hay into bales to make it easier to transport. Hay baling presses started to emerge and be more widely iused in the 1890s. By 1908 Henry Stephens’ The Book of the Farm could state about them:

“Much ingenuity and enterprise have therefore been exerted in the devising of hay-presses-additional impetus being given to these efforts by the railway companies offering a reduced rate for carriage when 50cwt or more is packed on to an ordinary railway waggon. For this purpose, such pressure as will pack nearly alb of hay or straw into a cubic foot is sufficient.
At various trials of hay-presses have been conducted throughout 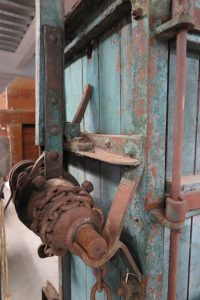 the country, and in this way several efficient appliances for the purpose have been brought into notice. Large presses for steam-power have been introduced, but smaller presses for horse- or hand-power are more widely used.”

In 1910 farmers and other agriculturists could purchase a hay or straw press and trussing machine from a number of makers in Scotland and England. The Book of the Farm mentions presses made by Barford & Perkins, Peterborough, and also by Morgan.

The most well-known Scottish makers included Andrew Pollock, Mauchline, who made a hay and straw press to make 1 cwt bales which sold at £12. J. Bisset & Sons Ltd, Blairgowrie, made an “improved” two band straw trusser for £35. Kemp & Nicholson, Stirling, sold a number of models of the “Morgan” hay and straw 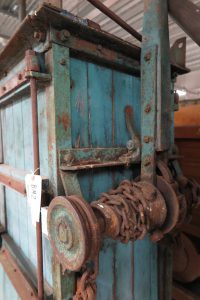 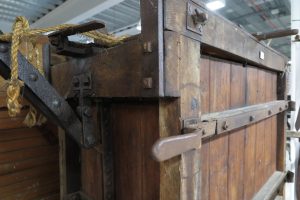 These presses make an interesting contrast with the stationary balers of later year that we now associate with threshing displays and with the mobile balers in later years. You won’t see many of them around the Scottish rally fields.