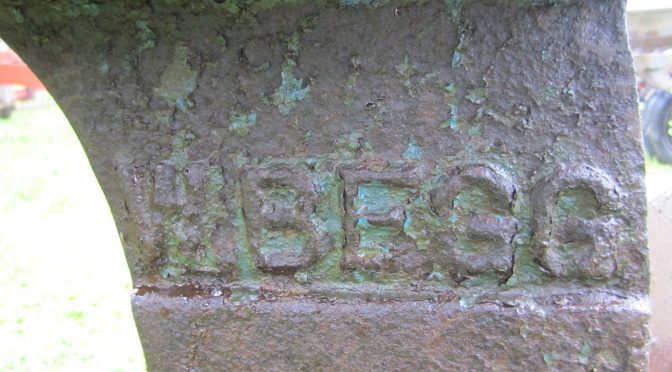 William Begg advertised himself as “plough specialist, Tarbolton, Ayrshire” in July 1929.  In that same year he exhibited for the first time at the Highland Show, held in Alloa.  On his stand he referred to himself as “William Begg, agricultural implement maker, Tarbolton”.  By 1948 he was joined by his sons; his business became known as “William Begg & Sons”, a name that continued until 1968.  It was superseded by William Begg & Sons Ltd.  The company continued until 1987 when it was wound up. 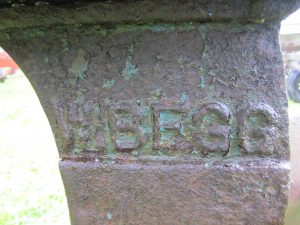 William was a regular exhibitor at the Highland Show from 1929 to 1970. He was also an innovative plough maker.  He entered his “The Triumph” sub-soiling plough for the new implement award in 1930. 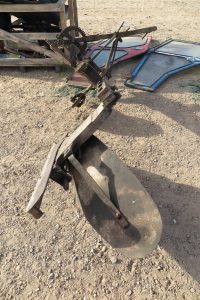 William was well-known for his ploughs used in forestry work.  By 1948 he was making a single furrow tractor plough for forestry work.  From 1951, and throughout the 1950s and early 1960s, he manufactured a forestry hill plough, no. 3 type plough with fabricated frame, for tree planting.

The ploughs of William Begg rivaled those of Robert Begg, though each had their own models.  If you want a heated debate on ploughs and ploughing ask an Ayrshire farmer which Begg ploughs they preferred!

The photographs of the William Begg plough were taken at the Scottish National Tractor Show, Lanark, September 2015.