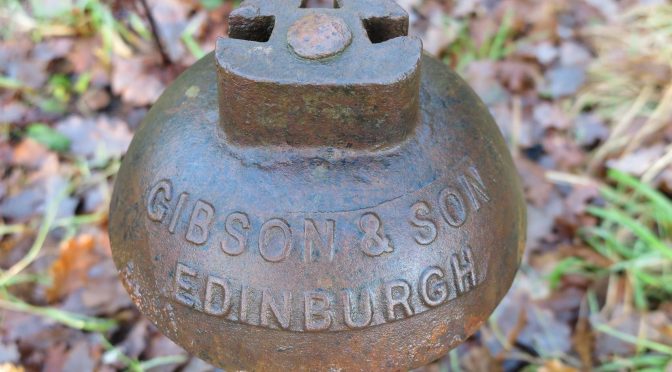 Scotland was an important centre for the manufacture of corn rick stands. A number of the makers were well-known, and included Thomas Gibson & Son, Bainfield Ironworks, West Fountainbridge, Edinburgh. 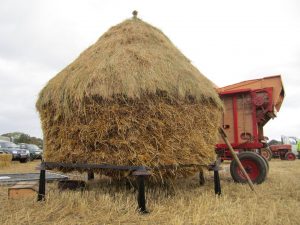 Thomas Gibson & Son started life as another company: Gibson & Tait, iron and wire workers, smiths, and agricultural implement makers at Bainfield; it was operating under that name in 1868. It was renowned for its manufactures, being awarded a silver medal for its collection of gates, fencing and other manufactures at the Highland Show in 1870. In the following year it won a medium silver medal for its collection. A further silver medal was to come in 1872 and 1873. 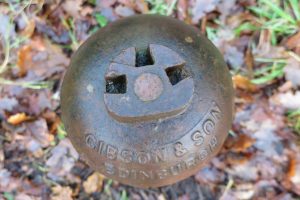 The partnership between Messrs J. Charles Tait and Thomas Gibson was dissolved by mutual consent on 7 November 1873, leaving Mr Gibson, free to carry on the business of the company. By the late 1860s Thomas Gibson was operating under a new name: Thomas Gibson & Son. It was a name that was to continue until at least the First World War. During that time the company remained a Bainfield, but also had a premises at Gibson Terrace from at least 1901. 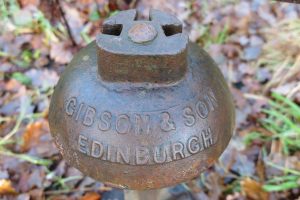 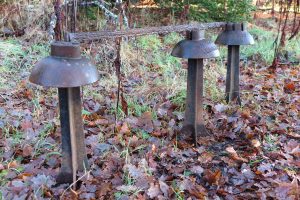 The company had started to make iron corn rick stands by 1875. These were a framework of iron spars which interlocked together in an octagonal shape which had a stool at each corner and one in the The stools were designed to ensure that rats did not climb up them: they were mushroom shaped with an overhang which was to be difficult for rats to climb over. They were made in a number of sizes (as were those from other makers). It continued to make a selection of them until 1919.

As with Gibson & Tait, Thomas Gibson continued to exhibit at the Highland Show, also winning awards for his manufactures. They included a silver medal for a wrought iron field gate in 1874 and iron hurdles for sheep pens in 1885; a minor silver medal for its general collection in 1875 and 1876. Thomas widely advertised in the Scottish agricultural press, notably the North British Agriculturist.