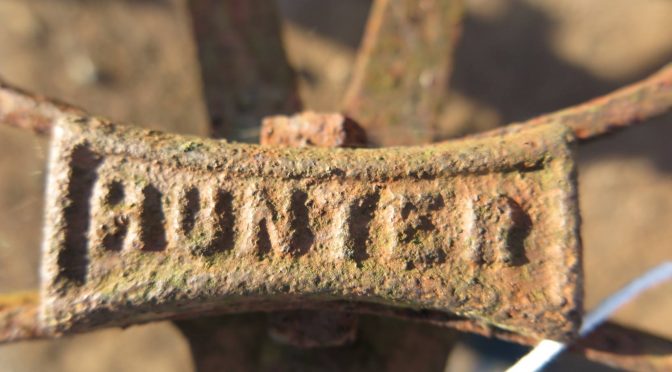 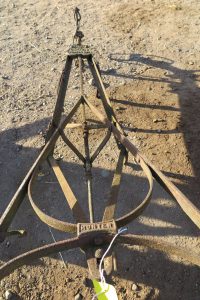 Thomas Hunter, a smith, in Maybole, announced his implements in the North British Agriculturist on 8 May 1861. By 1883 his business had expanded so that he worked out of the Implement Works, Maybole. He was joined by his sons by 1895, renaming his business from Thomas Hunter to Thomas Hunter & Sons. That name was to continue until April 1914 when the company reorganised and became a company limited by guarantee: Thos. Hunter & Sons (Maybole) Ltd.

The company was renowned for the manufacture of the “hunter hoe”, as well as its zig-zag harrows, land rollers, drill rollers and turnip and mangold drills. 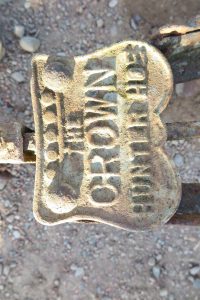 The company’s Memorandum & Articles of Association provide clues to the emerging new company and its organisation. The company was set up, among other things to undertake the following activities: 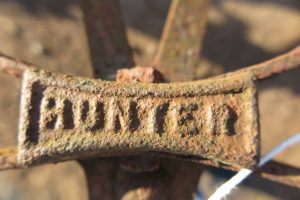 The share capital of the company was £10,000 divided into 2,000 preference shares of £1 each, and 8,000 ordinary shares of £1 each. The preference shares were to confer on the holder the right to a fixed cumulative preferential dividend at the rate of 6% per annum on the capital. The first directors of the company included Thomas Hunter, agricultural implement maker, Maybole, James Wotherspoon, iron merchant, St Enoch’s Square, Glasgow, and William McKellar, boot and shoe manufacturer, Maybole.

Thomas Hunter had died by 1919. The company did not trade for many years thereafter. At an extraordinary general meeting on 30 may 1921, a resolution was passed to voluntarily wind up the company. The final winding up meeting was held on 28 September 1927.

The photographs were taken at the Scottish National Tractor Show, September 2015.