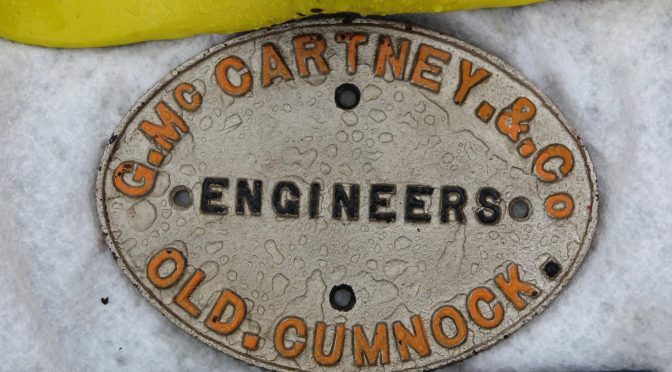 One of the well-known Ayrshire implement and machine makers of yesteryear was George McCartney & Co., engineers, Cunnock. The company was already established by 1850. In 1887 it was described as one of the “principal” exhibitors of implements at the Ayrshire Agricultural Association’s show. By 1894 it was located at Glaisnock Street in Old Cumnock, and in 1903 it gave its address as Burnside Works, Cumnock, where it remained in business until the 1930s.

In 1893 the company described itself as engineers, millwrights and ironmongers. It was also an agricultural implement maker, electrical accessory and appliance manufacturer, engineer, manufacturer and mechanical engineer.

The photographs of the nameplates were taken at the Ayrshire Vintage Rally, July 2016.