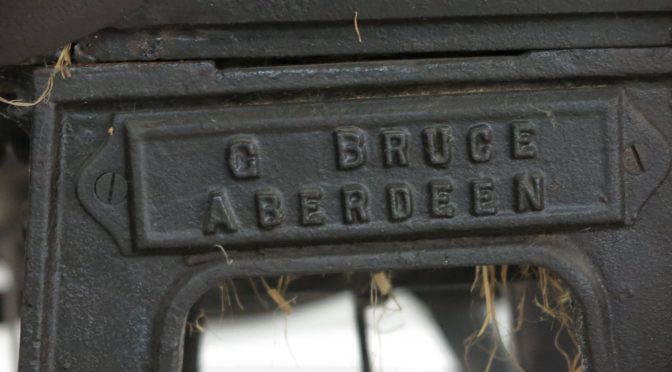 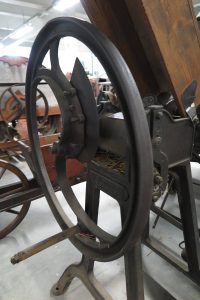 George Bruce was already undertaking his business at 35 Market Street, Aberdeen, in 1885.  This was an address that was associated with him and his company George Bruce & Co., until the mid 1900s when he moved to 14 Regent Quay, remaining there until well through the 1960s. 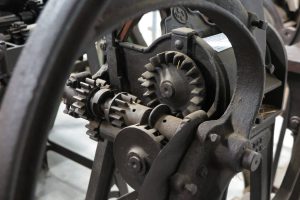 George Bruce – an agent for the farmers and agriculturists in Aberdeen town and country.

The photographs of a chaff cutter sold by G. Bruce, Aberdeen, were taken at the Highland Folk Museum, Newtonmore, May 2016.