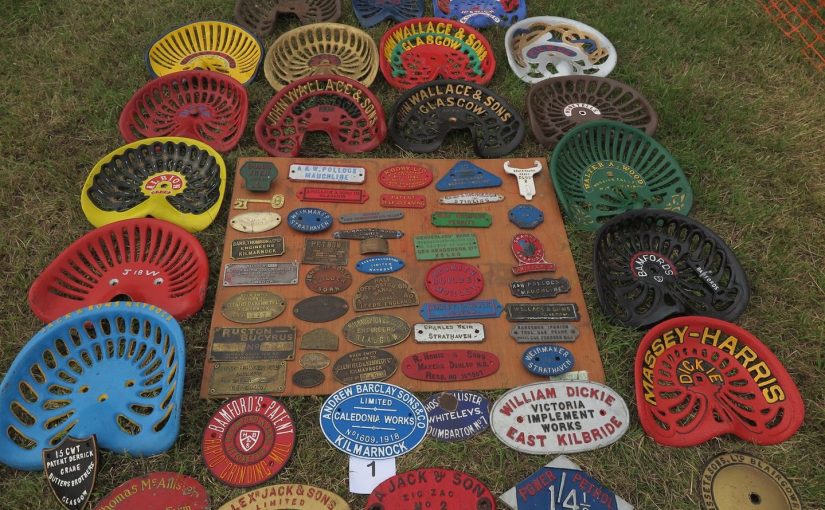 The Ordnance Survey Namebooks provide information about place and building names at the time that the Ordnance Survey was undertaking its first edition maps between the mid 1850s to the mid 1860s. Each county was surveyed at different times within this period with those of East Lothian, Fife and Kinross being early ones and Inverness-shire, Aberdeenshire and Orkney being among some of the later ones.

The following are the agricultural implement works that were recorded in the Namebooks from the 1850s and 1860s across Scotland. Their small number is especially noticeable. Most were known by other names.

Lanarkshire – Agricultural implement manufactory, near Townhead, Bothwell Parish. A large house of zinc and iron having skylights in the roof. There is a large yard connected with it & having tram road joining from the “Clydesdale Junction Railway”. Every description of agricultural implements are made here – both wood and iron. Locomotives are also made, but they are for agricultural purposes. Wrought by the proprietor in company with others – J. Gray & Co.

Lanarkshire – Crofthead, Bothwell Parish. A superior house having several dwellings in the same property, as well as an agricultural implement manufactory, belonging to & partly occupied by Mr J. Waddell. The name is well known.

Lanarkshire – Agricultural Implement Manufactory (Uddingston) – a manufactory for producing all descriptions of implements used in agriculture. The same factory was famous in the county for its style of implements under the late Mr Wilkie. It was partly burned recently & is at present idle. The property of J. Waddell & Sons, of Crofthead.

The Name Books remind us of the importance of local history in looking at the Scottish agricultural implement makers and the need to link people and place. They also remind us of the need to look at the names of businesses and business premises. They also show us how well (or otherwise) the large scale making of agricultural implements was during the mid nineteenth century.