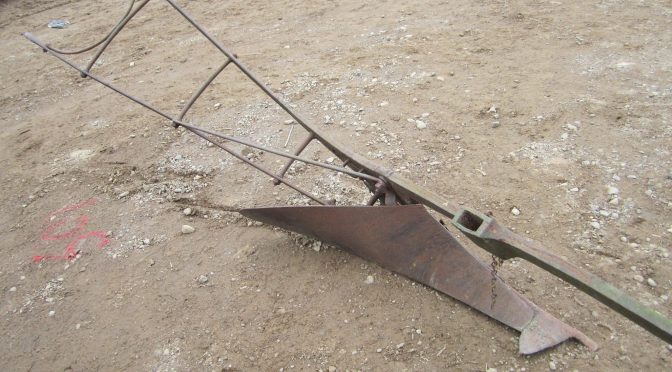 If you were really keen on competition ploughing in the second half of the nineteenth century (and into the twentieth century), you would have kept a keen eye on the work of the ploughs of Gray of Uddingston, Lanarkshire, at the Uddingston Iron Works.  John Gray & Co, followed by George Gray & Co, were the most important makers of competition ploughs in Scotland.  Their ploughs carried away numerous prizes at the ploughing matches throughout the length and breadth of the country.

The North British Agriculturist published an account of George Gray in 1893. It states: 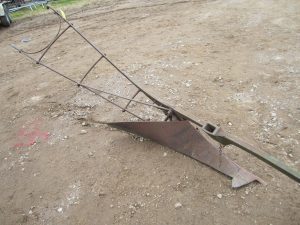 “Mr George Gray- Mr George Gray, along with his younger brother John, is partner in, and carries on the business of, the well-known firm of Messrs George Gray & Co., of the Uddingston Plough Works.  This firm was founded about the end of last century by Mr George Gray, great grandfather of the present partners.  Mr Gray was a noted plough maker in his day, and was the first in Scotland to make iron ploughs-that is, ploughs made wholly of iron. Since then the plough trade at Uddingston has assumed enormous dimensions, and implements made in this thriving suburb of Glasgow are now found in use all over the world.  At present the firm’s plough trade consists largely in making ploughs for ploughing matches.  They are made or mounted to cut any required angle or 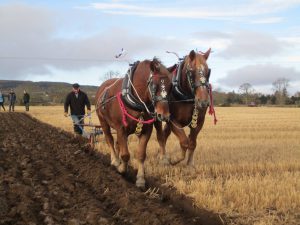 furrow from the plainest style to the highest cut, and they have achieved such success in this direction that, during the last few seasons, they have won upwards of 1500 first prizes all over the country.  The firm have, however, also a high reputation for the manufacture of the ordinary every-day working plough, of which they annually turn out large numbers.  They also devote considerable attention to the production of grubbers, harrows, and mowing and reaping machines, and have developed a very good trade in the latter within recent years.  But the firm is associated in a special degree with the manufacture of ploughs of all classes.  Mr George Gray has long given special attention to this branch of his business, and any one who converses with him is always struck with the sound and practical knowledge which he possesses in regard to ploughs and ploughing.  A paper on this subject, which he read last year before a meeting of the Bothwell Farmers’ Club, and which was published in our columns at the time, attracted very general attention, and was favourably commented upon by several leading farmers and implement makers.”

Mr Gray’s paper can be read on the Papers Past website at: http://paperspast.natlib.govt.nz/cgi-bin/paperspast…