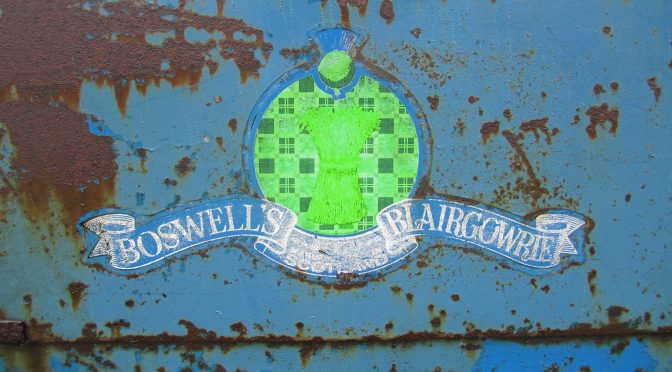 Back in the 1950s and 1960s when numerous attempts were being made to mechanise the turnip, potato and sugar beet harvests, one Perthshire firm was to the fore: Boswells of Blairgowrie.

The name Boswells of Blairgowrie, engineers, Rattray, was already known in 1859.  By 1961 the company became known as Boswells of Blairgowrie Ltd.  It developed from another agricultural implement and machinery maker in Blairgowrie: F. M. Fleming & Son, Rattray Engineering Works, which had been established by the late 1920s and by 1954 was owned by James H. Boswell. 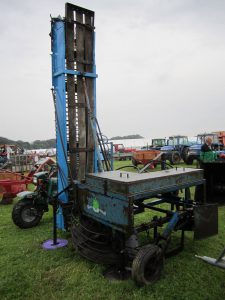 The company, with a nominal capital of £5,000, was for many years a family run one, with its directors being James H. Boswell and his wife Rebecca, amongst other family members.

Boswells of Blairgowrie Ltd built on the earlier activities of Fleming & Son, with its specialities in harvesting, sugar beet, turnip harvesting and potato machinery.  In 1961 it entered for the new implement award at the Highland Show the “Boswell” major sugar beet cleaner.  This was followed in 1863 by the “Bowell” McRobert 8-12 ton per hour pre-cleaner, dresser and grader as well as the Boswell root elevator/loader.  By 1966 the company was able to exhibit its Boswell complete harvester.  It regularly attended the Highland Show, displaying and selling its manufactures to the domestic as well as export markets.

For a rural based business it was an important local employer.  In the mid 1970s it had around 65 employees.

There are still examples of machines from Boswells of Blairgowrie, Boswells of Blairgowrie Ltd, and Elbar, around the Scottish vintage agricultural machinery rally fields.  They come from a company that was well known not only in Perthshire but internationally.  The company’s trade logo bears testimony to its Scottish roots and engineering heritage.

The photograph of the Boswell turnip harvester were taken at the New Deer Show, August 2014.