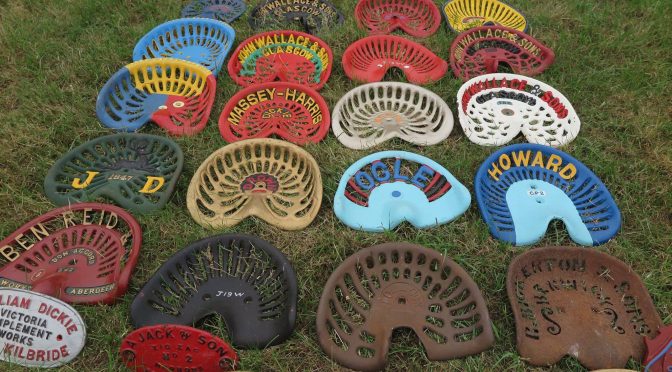 One of the names that keeps on cropping up over and over again in the farming papers of nineteenth century Scotland is William Kirkwood, agricultural implement maker, Lothian Bridge, Dalkeith, Midlothian.

William died in March 1911. His obituary appeared in the Edinburgh evening news on 1 April 1911. It provides some further information about his business and the man at its helm:

“Mr William H. Kirkwood, agricultural implement maker, Lothian Bridge, died suddenly yesterday, after a few days’ illness, at the age of 63 years. Deceased, who was a native of Edinburgh, began his engineering career in the Singer Sewing Machine Works, in the West of Scotland, and on the death of his father, he acquired the engineering business at Lothian Bridge. Mr Kirkwood was particularly successful in the manufacture of ploughs, and gained various awards from the Highland and Agricultural Society, and other societies, for improvements both ploughs and harrows. He took a lively interest in the affairs of the Newtongrange district, was for several years a member of the Parish Council, and was senior elder and session clerk
for Newbattle Parish Church.

Have you seen any implements and machines made by William H. Kirkwood?