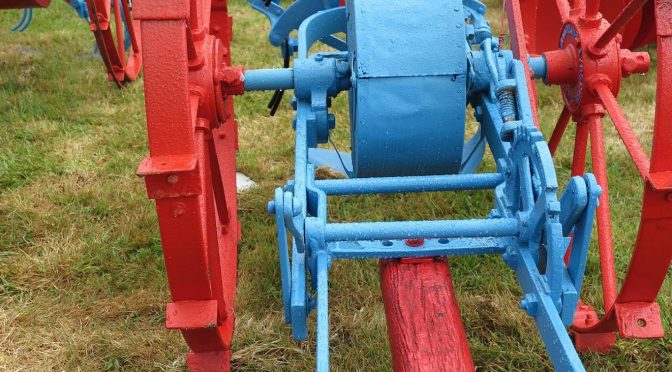 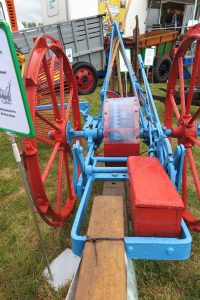 One of the oldest of them was Andrew Pollock, Mauchline
who started in business in 1867 (later A. & W. Pollock). By 1878 Andrew was making and exhibiting a number of potato digging machines, of varying strengths from heavy, medium and light machines. The medium digger had wrought iron wheels while the light oone had broad rimmed wrought iron wheels to suit moss land. The diggers had cast steel socks. By 1885 Andrew was manufacturing a patent potato digger with all the gearing covered in. 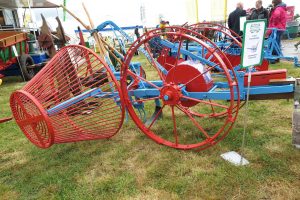 The photographs of the Pollock potato diggers were taken at Ayr Show, May 2017.