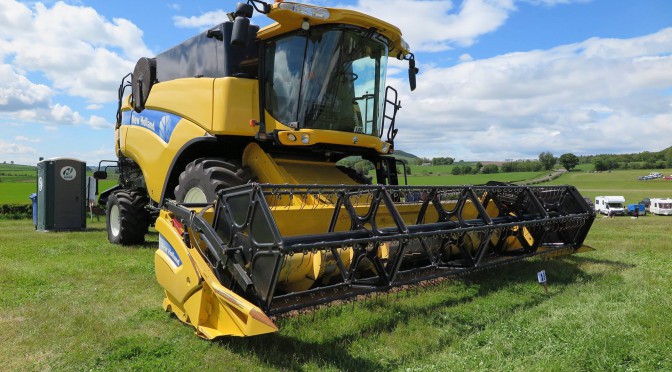 Back in 1890 the farmers of Portsoy, Banffshire, could purchase locally made reapers from the MacDonald Brothers, Portsoy.  The 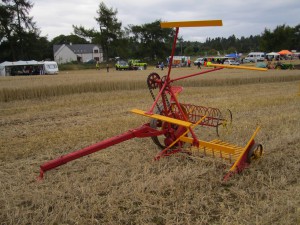 brothers had been making agricultural implements and machines from 1878; their early manufactures included harrows and turnip lifters. 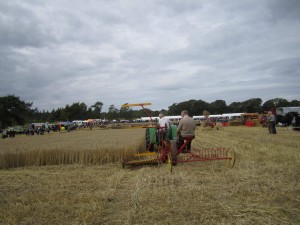 By 1889 Henry Stephens could note that “in all parts of the United Kingdom, and on almost all farms of any considerable size, the reaping machine has superseded the slower and older appliances for cutting down the corn crops.”  It was to be only a few years later that binders would start to come into force, marking another revolution in the harvest field.

If, in 1890, the users of the MacDonald Brothers’ reapers could have looked into the future to see how the harvest was cut and harvested today they would have been astounded.  For them, their reaper was an efficient harvesting implement.  It took the hard work out of cutting the crop and laid it in a neat row to be made into sheaves.  It transformed the harvest field. 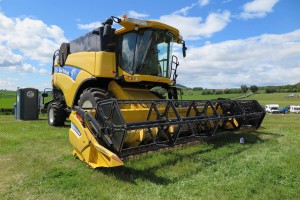 If we look back at the reaper we find it difficult to understand how innovate it was in its day: it was one of the most important agricultural inventions of all time.  But if you look closely at the combine you can see its ancestor, the reaper, incorporated into its design.  It’s there!