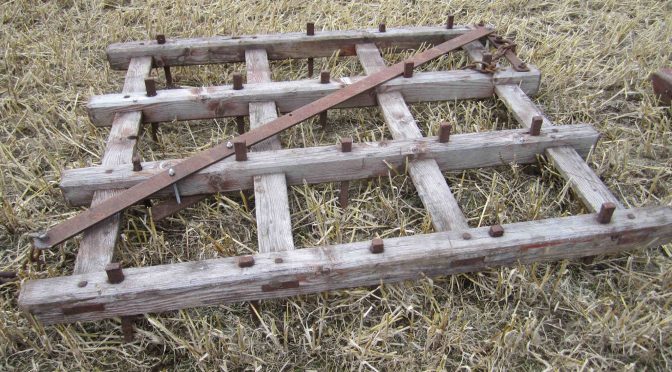 Wooden implements, especially ploughs and harrows, continued to be used into the late nineteenth and twentieth centuries. 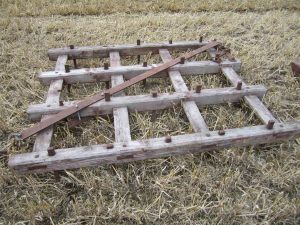 There are numerous photographs of them being used in the Western Isles and Northern Isles, areas where traditional farming practices and techniques continued the longest.  But they also survived in mainland Scotland until after the Second World War.

The Aberdeen journal published displenishing sales notices. Some of these notices included wooden harrows.  In 1948, for example, they 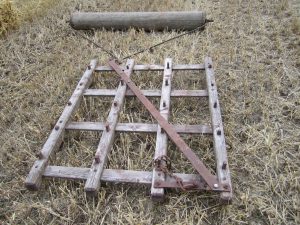 are recorded at farms such as South Nittanshead, Bonnykelly, New Pitsligo, and Newest, Strichen, and in the following year at Moss-side, Ellon, Linhead, Alvah, Starnafin, Crimsoned, and Drum, Lumsden.

On some farms, such as Starnafin, they were found alongside iron harrows as well as chain harrows.  The notices, however, don’t tell whether they still continued to be used, or whether they were confined to the dyke back.

A few sets of wooden harrows have survived into preservation.  It is interesting to compare them with iron harrows.

The photographs were taken at the Strathnairn Vintage Rally & Display, 2014.