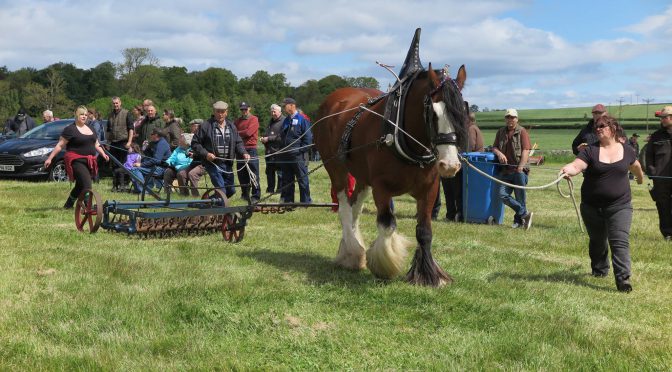 A really effective new soil pulveriser was introduced into Scotland in the early 1840s.  This was the Norwegian harrow.  Its function was to reduce large clods into very small ones by means of a number of lines of rays or tines, leaving the land “perfectly light and lose, whilst the clod-crushing roller gives to it firmness and consistence.”. 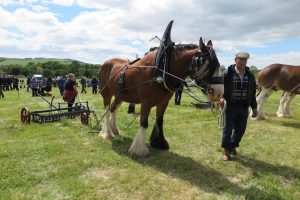 This implement, on an “entirely novel construction”, was introduced by George Edward Frere, FRS, of Edinburgh, from Norway.  He had it constructed, with some changes, by Richard Stratton, Bristol.  He entered it for the Royal Agricultural Society Meeting at Shrewsbury in 1845 where the judges awarded to him a premium of 10L for his harrow.

By 1858 Norwegian harrows were being made by a number of Scottish implement and machine makers.  In that year they included James Kirkwood, Tranent, who sold one at £8 10s, and Peter McGregor & Son, Keith, at £8 15s.  Kirkwood became a renowned maker of these harrows, winning a number of premiums for them from the Highland and Agricultural Society of Scotland.

By 1864 the number of makers of these harrows had increased. They also included: John Barrowman & Co., Saline, Fife, David Young, Hassington, Coldstream, Robert Peddie & Co., 132 George Street, Edinburgh, William Kirkwood, Duddingston Mills, Edinburgh, and Kemp, Murray & Nicholson, Stirling.  The one made by that latter maker was described as a “Norwegian harrow, or clod crusher”.

These harrows were still being made into the 1880s. Makers continued to include William Elder, Tweedsmouth Implement Works, Berwick on Tweed, and Kemp & Nicholson, Stirling.  After that date there are few references to these harrows.

Improvements were made to the design.  One made by James Kirkwood in 1854 was improved in general construction, while another by Peter McGregor & Sons in 1859 was improved, with four wheels and leverage.

For further information see Journal of the Royal Agricultural Society of England: https://books.google.co.uk/books?id=mqEEAAAAYAAJ&pg=PA312&lpg=PA312&dq=norwegian+harrow&source=bl&ots=m5VBc31Hgc&sig=7Rem2k_r6Vgz6-9KEpWzLNgSCRw&hl=en&sa=X&ved=0ahUKEwj8xu_bnffLAhWCVxQKHSxhAyc4ChDoAQgwMAQ#v=onepage&q=norwegian%20harrow&f=false

The Norwegian harrow was photographed at the Fife Vintage Machinery rally, June 2014.