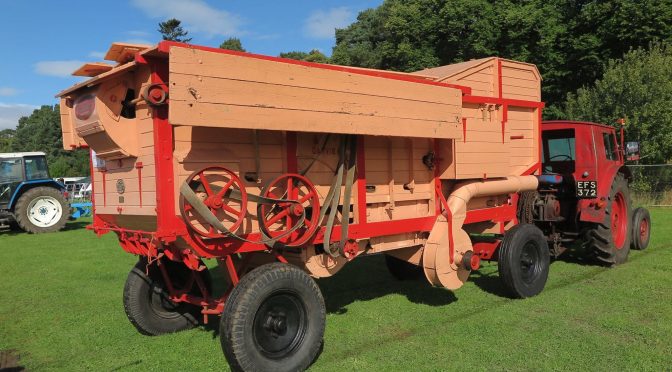 The county agricultural surveys undertaken by the Board of Agriculture and Internal Improvement from 1793 to 1817 provide a good deal of information about agricultural practices, tools and techniques. The reports include some detailed accounts of threshing mills, their introduction and spread in the various counties throughout Britain. The report for Kincardineshire, published in 1810 provides a good deal of information on the introduction an use of threshing mills until that date. It is worth quoting at length: 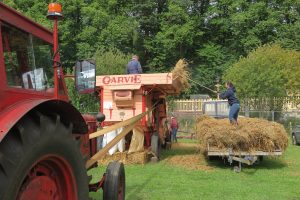 “The invention of the mode of threshing by corn by machinery is of recent date; at least the successful application of it to business is confined to modern times. The first threshing mill that was erected in Mid Lothian was by the late Mr Francis Trellis, an Hungarian, about the year 1785 or 1786. before that time there were not above two or three of them in Scotland, where they were first brought into use, and where they are more generally employed still, than in South Britain. 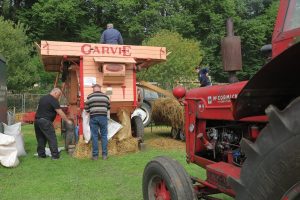 At what time threshing mills were introduced into Kincardineshire, I have not been able to find out precisely. But it was not long till they were erected in this county after they were invented. At farthest this took place about the year 1795, within ten years of the time that they were first used in the more southern counties. They are now however, getting into very general use in all the larger farms; to which, from the great expense of erection, and the great power required to put them in motion, the application seems to be limited. 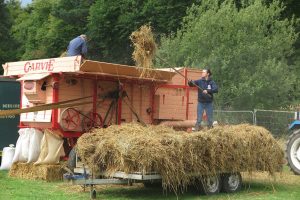 To bring down these machines to the level of the lesser class of farms, frequent attempts have been made to adopt them to the power of one horse. But none that I have heard of have fully succeeded, nor indeed any under a four horse draught. With that number they perform to admiration. And when a greater number, as six or eight, is applied, the effect is proportionately greater. but these last would be more adapted to the purpose of a parish than a single farm. 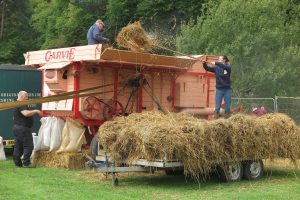 In this county there are a few threshing mills that are put in motion by water; and wherever this element can be applied they answer well. There are none driven through steam engines have every thing to recommend them for the purpose, by the expense. Neither are there any that are driven by the wind. Mills of this description might be cheaper in point of cost; but the uncertainty of going, to which they would be liable, is a great drawback attending them. Nor have I heard of any that are wrought by one, or by two horses. The greater number are drawn by four or more horses or oxen in each; and of course are upon a scale of expense of from £140 to £180.”

The photographs were taken at the Deeside Vintage Rally, August 2017.