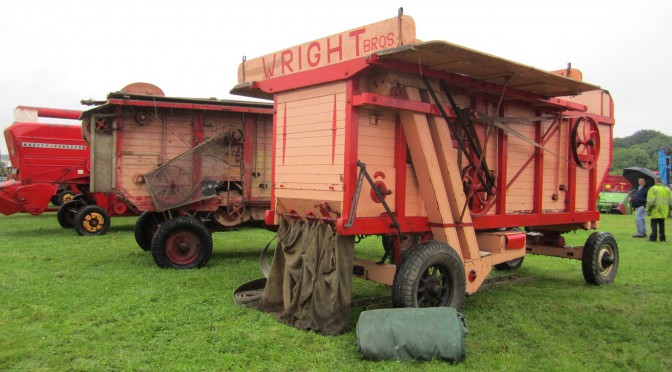 The introduction, adoption and increasing use of combine harvesters in Scotland in the 1950s and 1960s had a great impact on the use and making of threshing machines.  In essence, combines 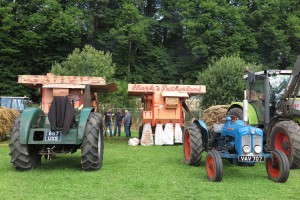 were mobile thrashing machines with a rotating pick-up reel that could cut a growing crop and pass it into the threshing drum.  Their use meant that the grain was threshed as it was cut and farmers and other agriculturists no longer needed to thresh the crops out over the autumn, winter and spring months.

According to the Farm mechanisation directory, threshing machines were made by 17 makers in Britain in 1952.  Of them, 12 were Scottish makers, some of whom were world renowned: Allan Bros 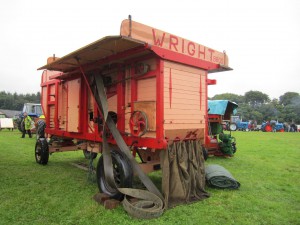 By 1963, that same directory listed only five makers, of which four 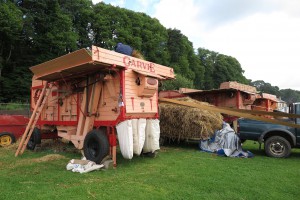 were Scottish: Clark & Sutherland, James Crichton, R. G. Garvie & Sons, and Shearer Bros Ltd.  Of those whose names no longer appeared in the list for 1963, a number of them were no longer in business. 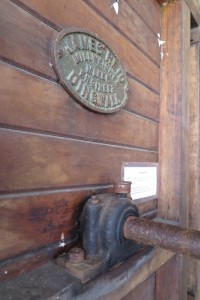 William Leslie and John Scarth continued to be recorded in trade directories until 1955.  James Crichton continued to advertise its activities as “millwrights, bodybuilders and engineers” until at least 1969.  R. G. Garvie & Sons, continued to make threshers as well as grain and seed owners until after 1970.  Shearer Bros Ltd continued in business until 1972, when the company passed a special resolution to voluntarily wind up the company.  Today, Clark & Sutherland Ltd, is still involved in making machinery for grain processing. So ended, but also continued, a tradition of eminence in threshing mill making in Scotland, for which Scotland had been a world leader.

The photographs of the threshing mills from a range of makers were taken at New Deer Show, 2014, Aberdeenshire Farming Museum, August 2014, Highland Folk Museum, May 2016, and Deeside Vintage Rally, August 2016.