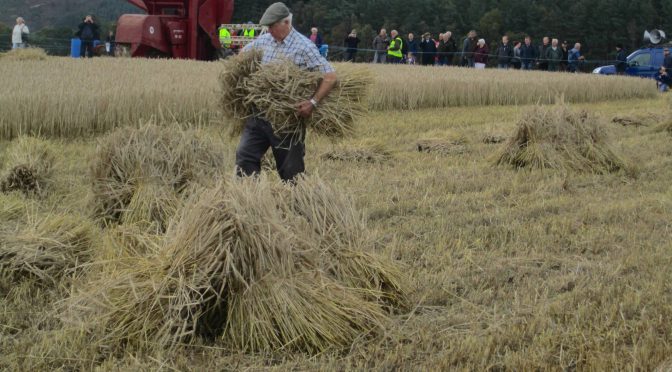 Remember the long hours spent stooking the sheaves in the harvest field? 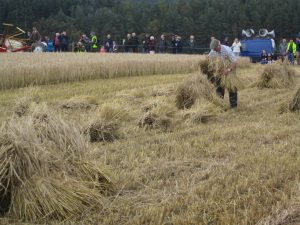 There was quite an art to stooking.  You had to ensure that the stooks got the best of the late summer sunshine and could dry out easily and evenly.  You had to get the sheaves standing the right way so that they would stand up against one another.  You had to watch where you placed the band-knots so that in a wet season the sheaves would not be injured.  You also had to make sure that if 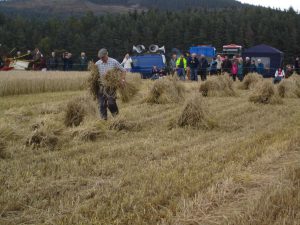 it was windy the stooks did not blow apart: re-stooking was always harder that stooking the first time.

But stooking was a key part of the harvest until combine harvesters were used.  Stooking let the grain and straw dry out sufficiently before it was put into the stack in the stackyard for the winter and spring months.  You wanted all your 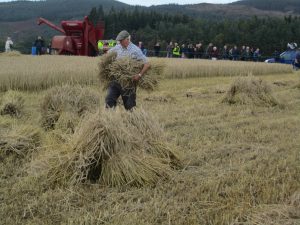 sheaves to be dried properly: a heated stack injured the grain and could go on fire (if hot enough).

The photographs show a demonstration of stooking at the Strathnairn Working Vintage Rally and Display, 2014.