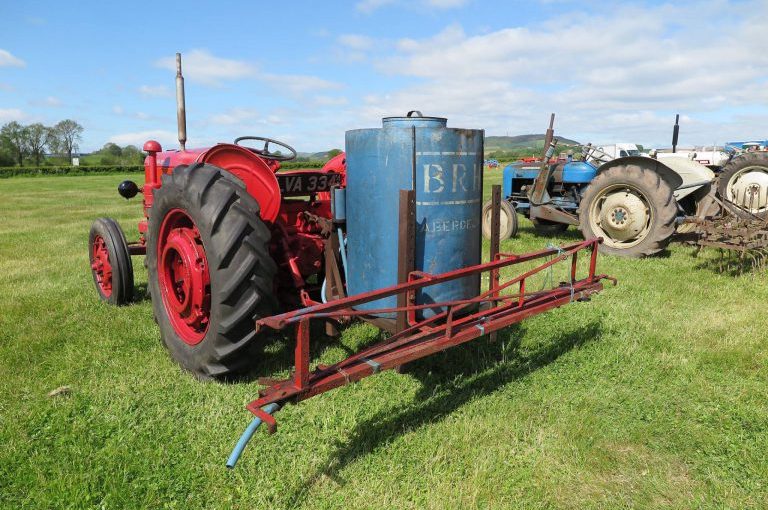 A number of the implement makers held a range of formal events of the work staff. These include visits, dances and other events in the community. They were much looked forward to.

“The annual assembly of the employees of Messrs Ben Reid and Co., engineers, nurserymen, and seedsmen, was held in the Trades Hall, Aberdeen, last night, under the presidency of Mr Alex Hay. There was a large attendance, and amongst those present were Mr Geo. Duncan, manager of the engineering works, and Mr Morrison Barclay, implement maker. After tea had been served, The Chairman, in the course of some remarks, said he had many pleasant recollections in connection with the Bon-Accord Works, and those employed and associated with them. His recollections went back for about forty years, and before the Bon Accord Works, where they now stood, were built. The engineering department of the firm was founded about 42 years ago by Ben. Reid and Co., seedsmen and nurserymen, a firm that had been in existence for about a century. The implement and engineering works were started in a small way, and carried on under the able management of the late respected Mr Geo. Reid, with whom for many years he was closely associated. The connecting link of the combined business was broken on Mr Geo. Reid’s death in 1881, and they were carried on separately for about sixteen years. After the decease of Mr Anderson-who at the time of his death was sole partner of the Bon Accord Works-the firm purchased the engineering establishment from Mr Anderson’s trustees in 1896, so that the business of seedsmen, nurserymen, and agricultural engineers was again combined and consolidated. In conclusion, the chairman said it was very gratifying to the firm that they had such a body of first class, reliable, and capable workmen in all the departments. (Applause). A most enjoyable programme of songs etc was then gone through, being contributed to by Miss Gordon, Miss B. Bruce, Miss E. Willox, Misses W. Wilson, Griffan, W. McWillie, and W. Murdoch. The accompaniments were tastefully played by Miss Bremner. At the close of the concert dancing was taken part in, the duties of M.C.’s being ably discharged by Messrs Kinnaird, Robertson, Cormack, and McHardy. The success of the function was in a great measure due to the admirable arrangements made by the committee, with Mr W. Mitchell as secretary.”

In July 1915 Newlands and Sons of Linlithgow arranged an excursion for the workers. These excursions were commonplace in central Scotland. They tended to go to fairly local places. They could enjoy the journey and the place where they visited. The Linlithgowshire Gazette of 23 July provides a favourable account of the excursion:

Newlands and Sons also contributed to the annual festival in Linlithgow. In June 1929 the Linlithgowshire gazette recorded its contribution to the march:”… The advent of the employees of Messrs Alexander Newlands and Sons Ltd, implement makers, in the ranks of the Marchers’ procession was an occasion for the introduction of something new. This took the form of an agricultural “tractor” and motor lorry, the latter being bedecked with artistically arranged paper colours and models of agricultural implements. Mottoes were legion, and included “Speed the Plough”. “Good equipment makes a good farmer better”. “Roll our way”. The “tractor” was “manned” by two men and a gaily attired fair lady. This was an outstanding display.”

Social events also included an annual dance and wist drive. Whist drives were extremely popular social events in the past. Sellars of Huntly were one business that held an annual staff social. The Aberdeen Press and Journal provided an amount of the social in December 1936:

“Guests at the annual whist drive and dance of the employees of Messrs George Sellar & Son, agricultural implement makers, Huntly, which took place in Huntly Hotel Hall, were welcomed by Mr Robert T. Sellar on behalf of Mrs Sellar and himself. He remarked that since they met a year ago industry in the country generally had been prospering, and unemployment figures were very much reduced. Farmers were finding it very difficult to get labour, as many men had gone into the military and air service, and consequently there had been a bigger demand for tractors.”

“The staff of Messrs Barclay, Ross and Hutchison, agricultural implement makers and seedsmen, Aberdeen, were thanked for the loyal support and co-operation they had given during the year by Mr T. Hutchison last night, on the occasion of the staff’s annual dance. A company of about 140 enjoyed whilst, supper and dancing in the Palais de Danse. Mr T. Hutchison presided at supper, and along with him were Mr M. Heddle, county road surveyor, and Mrs Heddle; Mr G. Donald, lecturer in the principles of agriculture, and Mrs Donald; and Mr A. A. Girling. Mrs Hutchison handed over the whist prizes to the following-women- 1. Mrs D. Kinghorn, 2. Mrs G. Watt, 3. Mrs N. Salmon, 4. Miss C. Reid (after a tie with Mrs A. McCombie); consolation, Miss M. Cruickshank. Men-1. A. Smart, 2. Gordon Watt, 3. T. Hutchison, 4. A. Farquharson (after a tie with A. A. Girling); consolation, E. Dawson; travelling prize, A. Smart. For their interest in the gathering and the staff, Mr and Mrs Hutchison were cordially thanked on the call of Mr Girling. The arrangements were made by a committee, of which Mr A. Rae was secretary.”