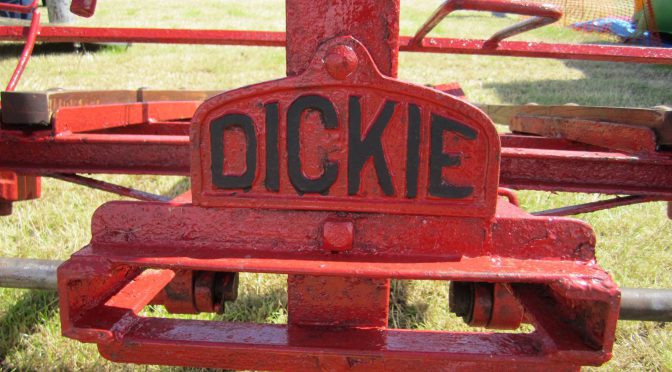 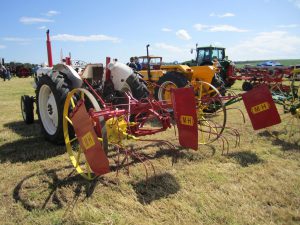 Last night’s heavy rain reminded me of a saying that my father used to have: “the rattle of the Dickie hay turner will bring on the rain”.  It records the frustrations of making hay. Just as you were about to go out to the hay field with the hay turner or bailer there would be spits of rain.  I’m sure a lot of readers will testify to that!  Haymaking seasons were remembered by the weather: there were more seasons when “winning the hay” was a really appropriate term.  It was hard fought!

Haymaking equipment like the Dickie hay turner made an important 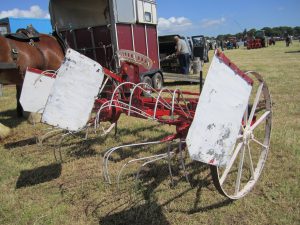 contribution to shaping the appearance of the hay field and the ease with which hay could be made.  Before Tummlin Tam’s appeared from America in the 1840s hay was entirely made by hand, with scythes, hayforks and rakes being the tools of the hay field.

The Dickie hay turner became a household name in hay turners in Scotland.  It couldn’t be beaten. It ended up with the Massey-Harris name on it.  A big achievement for a Scottish implement and machine maker! 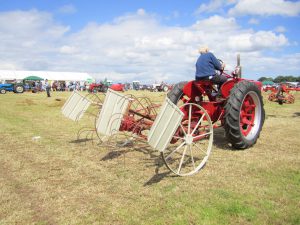 The company of William Dickie, agricultural engineer, East Kilbride, Lanarkshire, was already making agricultural implements and machines in the mid 1880s.  By 1900 it had named its implement works “Victoria Implement Works”.

The company made a range of local implements and machines.  By 1905 it entered one of its hay turners for the Royal Highland and Agricultural Society of Scotland’s trial of swathe turners.  In 1938 it launched its new patent expanding swathe turner which it both invented and manufactured.  This was followed by the Dickie ‘swath-tedder’ in 1958. 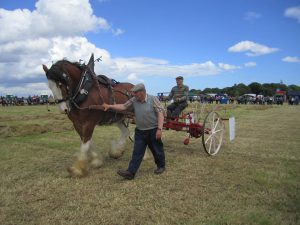 The company ceased trading in 1969 and was dissolved in August 1973.  It left a significant legacy in the hayfields, and of course around the vintage agricultural rallies today.

The attached photos are of the Dickie hay turners were taken at the Fife Vintage Agricultural Machinery Club Annual rally in 2014.