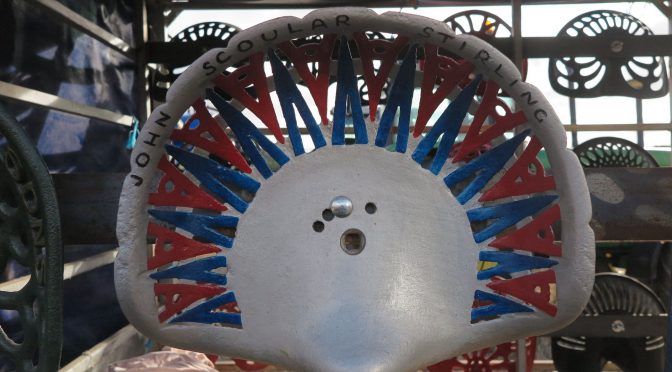 In the early 1850s if you heard the name “Scoular’ you would have associated it with the company of Scoular & Co. agricultural implement makers at Haddington. In 1857 Mr Scoular retired in favour of Kemp, Murray & Nicholson of Stirling who had taken a lease of their premises and purchased the whole stock in trade, machinery, patterns and working plant.

By the early 1870s there were a number of members of the Scowler family around Stirling that worked as implement makers. James Scoular of Woodside, Kippen, made ploughs, drills as well as a collection of implements. There was also John Scoular of Crook Smithy, Stirling, who continued in business until at least 1910. 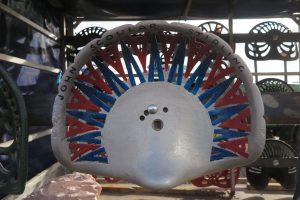 The North British Agriculturist gave a detailed description of John Scoular in 1893. It reads:

If you see the name Scoular around the rally field you will know it is a long established and eminent one!

The photograph was taken at the Daviot vintage rally, September 2018.