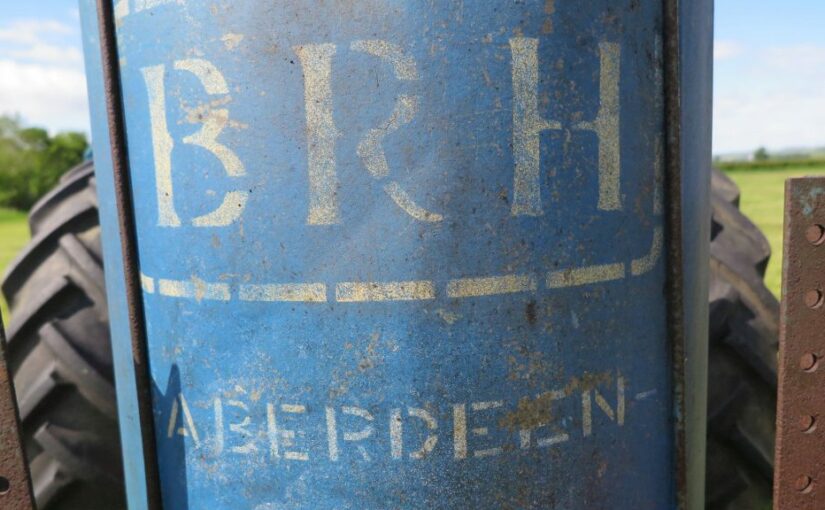 The Royal Show, or the annual show of the Royal Agricultural Society of England was a key event in the agricultural calendar, especially for English agriculturists. Scottish ones did attend, though their attendance varied according to the location of the show. The same was true for the Scottish implement and machine makers, though some did specially attend when they had new manufactures to show to the public, or when there were key trials for which they wanted to enter.

The number of Scottish exhibitors was generally small. They usually included some of the key ones. They brought with them their major manufactures to introduce them to an English and wider audience. These included ones that they were renowned for as well as improved ones. They also included ones that they considered filled a niche within the market for implements and machines.

The Scotsman included a lengthy account of the Scottish exhibitors to the Royal Show in July 1925. It is worth quoting at length as it says a lot about what was innovative and important about Scottish agricultural implement and machines and who were some of the most important makers. It states:

“For the third time in his history the Royal Agricultural Society of England is this year visiting Chester, and the show which was opened to-day in the implement department promises to be one of the most successful that has yet been held by the premier agricultural society of the Kingdom. It is thirty two years since the last Royal Show was held at Chester, which resulted in financial profit of £2404.

The showyard
The site of the showyard at Saltney is an admirable one in every respect, being within easy reach of the railway stations, and owing to its surroundings being almost secluded, about 130 acres have been enclosed as compared with 70 acres in 1893.

So numerous are the exhibits in the implement yard that no less than 11,000 feet had to be provided for the 438 separate stands, and in addition there are many “open space” exhibits. The collection of machinery is not only varied but comprehensive, and embraces all the most recent inventions which agriculture engineering skill has produced. The leading firms in England are strongly represented, and visitors may spend hours very profitably in witnessing at work the many appliances which steam, petrol, and electricity have enabled the implement manufacturer to bring to bear on the economy of the farm. Thirty new implements have been entered for the Society’s silver medal, as against 39 at Chester in 1893. A number of these can hardly be described as strictly new, but they all contain some improvement in details which secures greater perfection in construction and more efficiency in working. Two new implements are entered by Scottish exhibitors. Messrs John Wallace & Sons, Glasgow, show a potato digger which is fitted with adjustable graips, trees for two or three horses, and a patent wheel gig arrangement. Messrs Storie, Ltd, Kelso, exhibit a surface sowing coulter, with disc shoe, which can be fitted to any make of drill.

There are more than a dozen Scottish implement makers represented, and considering the expense that is involved in the conveyance of a large collection of heavy implements, they make a creditable appearance. Taking the exhibitors from the north of the Tweed in the order in which they appear in the catalogue, the first stand is that of Messrs Barclay, Ross, & Hutchison Ltd, Aberdeen, who show threshers and a manure distributor. Messrs W. Elder & Sons, Ltd, Berwick on Tweed, have a large display of broadcast sowing machines, turnip sowers, drill rollers, coup carts, hay bogies, and thistle and bracken cutter. The Aberdeen firm, Messrs R. G.Garvie & Sons, show thrashing machines with bagging elevator, an artificial manure distributor, a saw bench, and a broadcast seed sower

Ayrshire is represented by Messrs Alex. Jack & Sons, Maybole, who have on view their patent potato diggers, which have provision for altering the set or angle of the digging forks, Imperial manure distributors, lime and basic slag distributors farm carts, and horse hoes.

There are some big names there!