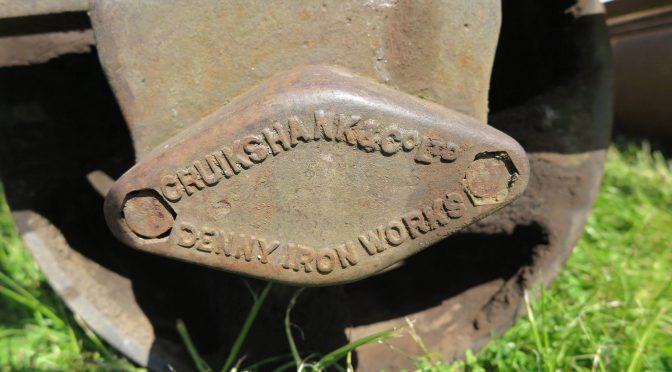 One of the names that are associated with rollers is Cruickshank & Company Ltd, Denny. 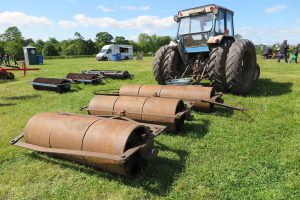 Cruickshank’s started in 1863.  It became a company limited by guarantee in 1901.  By the early twentieth century it was a general iron founder, making cast iron castings, malleable castings and steel castings.  By 1933 it had established an agricultural department which was to change the general direction of the company.  By 1937 it advertised in The Scottish farmer as being “iron merchants and implement makers”.  By 1960 the agricultural department was known as the “Agricultural supplies department”.  It continued to trade until the mid 1980s. 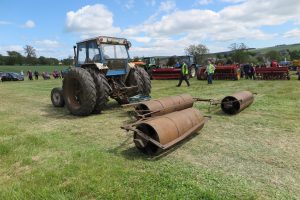 Contemporary directories describe the company in the 1930s as iron founders, steel castings manufacturers and general iron founders. In 1955 it was described as “agricultural engineers, implement, machinery and equipment manufacturers”.

As an agricultural implement and machine maker, it started to exhibit at the Highland Show in 1933, continuing to do so each year, also entering its and machines for the new implement award of the Highland and Agricultural Society of Scotland.  It was also a regular advertiser in both the North British Agriculturist and The Scottish farmer.

In 1952 its rollers included tractor drawn ones, roll pack, in three sections.  They included both flat and Cambridge ones, with a rolling width of between 16 and 27 feet.  In 1963 it’s manufactures also included ring rollers.

You can still see a few sets of Cruickshank’s rollers around the vintage rallies and at the agricultural museums (including the Highland Folk Museum).

The photographs of Cruickshank rollers were taken at the Fife Vintage Agricultural Machinery Club rally, June 2015.