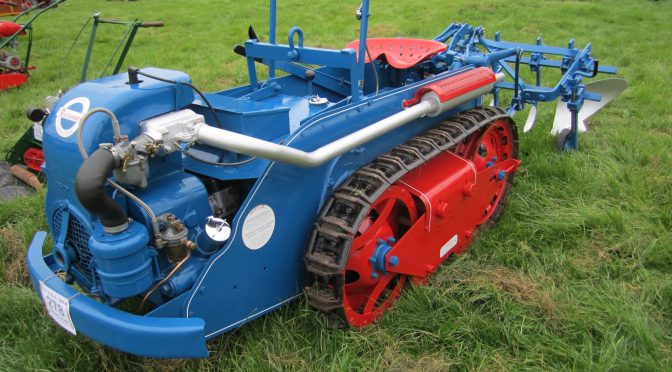 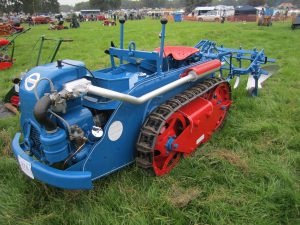 when it was at Edinburgh. By comparison to other English plough makers such as James & Frederick Howard, Britannia Iron Works, Bedford, or other major English agricultural and machine makers, it was a late comer to the Highland Show. By 1877 other major English exhibitors had been exhibiting for a number of years: Richard Garrett & Son, Leiston Works, from 1847 (as also Richmond & Chandler, Salford), Clayton & Shuttleworth from 1850, J. & F. Howard, Bedford, from 1854, E. H. Bentall, Haybridge, Maldon, Essex, from 1858 (as also Picksley, Sims & Co., Bedford Foundry, Leigh, E. R. & F. Turner, St Peter’s Iron Works, Ipswich). 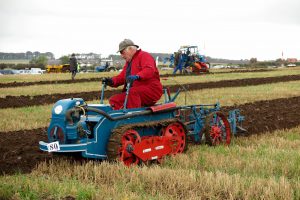 Ransomes had preferred to use a network of Scottish agricultural implement and machine makers and the newly emerging agencies in Scotland to exhibit its manufactures at the Show. In1867 they included A. & J. Main & Co., Glasgow. It was not until it firmly established its footing in Scotland, that it started to have its own stand – a sign of its changing approach to advertising and selling its manufactures. However, like many of the English companies, it did not have a business address in Scotland. (the earliest one to do so was John Fowler & Co., Leeds, opening in India Buildings, Edinburgh, in 1869). Agents were the order of the day. 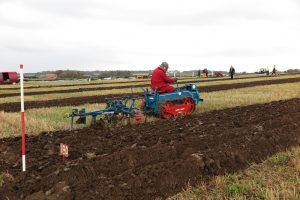 Changing post-war conditions and opportunities after the Second World War brought changes to the company and its aspirations for Scotland. On 22 December 1947 it incorporated a company within the Ransomes family of companies, forming a subsidiary, one of three: Ransomes, Sims & Jefferies (Scotland) Limited; two of the subsidiaries were concerned with undertaking business in South Africa and Argentina. It was a private company with a share capital of £50,000 divided into 50,000 shares of £1 each. The first directors and shareholders were directors of Ransomes, Sims & Jefferies Ltd: Henry Dick, John Geoffrey Pawlyn, John Henrick Wulff Palwyn, and Humphrey Dawson. A further Director was James Stirrat, an engineer in Edinburgh. The company’s registered office was 161 St John’s Road, Corstorphine. The parent company had the controlling interest, with 49,995 of the 50,000 shares.

The Chairman referred to the MG tractor. The implements that were associated with that tractor were manufactured at the Scottish company’s works at Edinburgh. By December 1951 the company’s annual report noted that the outlook for the Scottish company was not as rosy (the company was undergoing significant issues due to the wider operating environment, including shortage of raw materials, high taxation, steeply rising prices etc): “The Scottish subsidiary company, in spite od increased production, shows reduced profits, We have now adjusted selling profits, but it was not possible in the earlier stages to make the necessary adjustment quickly enough to counteract the full extent the heavy increases in costs of manufacture arising in Scotland.” 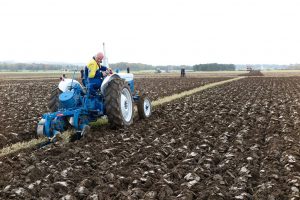 The company’s annual report for 1952 provided further insights into the Scottish subsidiary: it described itself as successors to the Morton Engineering Co., Corstorphine. That company had been agricultural and general engineers since at least 1922, participating in the Highland and Agricultural Society of Scotland’s exhibition of farm tractors and tractor implements in 1922 and being awarded a silver medal by that Society in 1927 for an improved plough share. Indeed, post office directories for 1929 and until at least 1940, described the company at its Corstorphine premises as “Ransomes’ Lawn Mower Repairing Depot for Scotland, in conjunction with The Morton Engineering Co.”

The Scottish company did not continue for many more years. The parent company continued to face significant difficulties, many of which were external to the company. A special resolution to voluntarily wind up the Scottish company was passed on 12 May 1954. The assets were transferred to Ransomes, Sims & Jefferies Ltd. The final winding up meeting was held on 10 May 1956.

Though the company ended its presence through the closure of its Scottish subsidiary, Ransomes continued to have a strong presence in Scotland. If you go round the ploughing matches of Scotland you will see the huge impact that Ransomes had on the Scottish ploughing scene (as well as for everyday ploughing): at some matches virtually all the ploughs are Ransomes ploughs. What an achievement!

The photographs of the Ransomes ploughs and tractors were taken at Scotland’s Farming Yesteryear, September 2014, and the Scottish Ploughing Championships, October 2016.