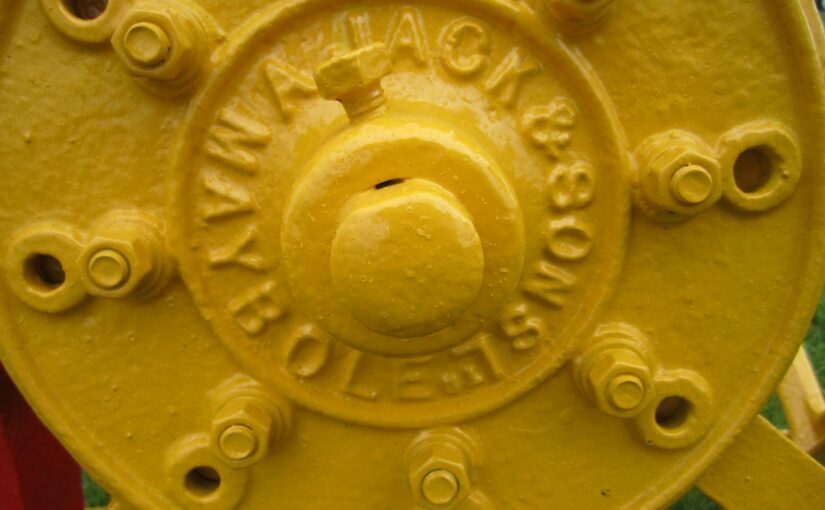 The Lothians was a chief potato growing district, especially for potatoes for the table. Some districts such as Dunbar, were renowned, for example in the London markets: “Dunbar reds” were a household name there. Aspects of potato growing, harvest and storage were intensely debated at the local agricultural societies, including the Haddington Agricultural Club.

The 1870s was a peak decade for potato growing in East Lothian. The highest acreage of crop was grown by the end of that decade before the start of the prolonged agricultural depression. Agricultural labour, including casual labour, was increasing in price and supplies were declining. There was increasing need to ensure that labour-saving devices were available to farmers.

The Haddington Agricultural Club had a discussion on the best method of lifting and storing the potato crop in early November 1872. This was published in the North British Agriculturist. It is worth quoting at length for the insights it brings into a number of key issues in the harvesting and storage of the crop.

“At the monthly meeting of the Haddington Agricultural Club, held on Friday last, the above subject was to have been discussed, but those who took part in the proceedings dwelt chiefly on the failure of the potato crop from the blight, which has almost wholly destroyed the crop. Mr James Douglas, farmer, Athelstaneford Mains, on taking the chair, said that in a great many instances it was a question if the crop was worth the lifting; henerally speaking, it was pretty certain it would do no more than cover the expense. From the statistical returns recently issued by the Board of Trade, it appears that the area under potatoes in great Britain in 1872 was 564,068 acres, being 10 per cent under that of the preceding year, 1871, which consisted of 627,690 acres, or 63,601 acres more than the present year. This differences can be accounted for when it is considered that the wet and backward character of the weather in spring prevented many farmers from planting the extent of land which they intended to be under potatoes. The area of land under potatoes in 1871 was over the average of previous years, being in excess of the preceding year-1870, by 40,030 acres. The practice for several years has been to increase the extent of land under potatoes in those districts where the crop was grown comparatively free of disease.

The chairman, Mr Douglas, gives no data whereby the loss to growers from the failure of the present crop can be calculated, but he gives information from which an approximation can be made. He said-“It is well known by practical men that to grow anything like a full crop of potatoes requires an outlay of £20 per acre.” This includes labour, manures, the value of the potatoes required to plant the ground, the rent of the land being also included, which in the Lothians may be taken to average upwards of £3 an acre. Mr Douglas stated that “on a great many farms in the county from 30 to 80 acres are grown annually, which must entail a loss on such farms on this crop alone of from £750 to £2000. This is estimating the crop at £25 per acre, being rather under the average price obtained by those growers who dispose of the crop by the acre when growing to potato merchants. A small portion of the potato crop in East Lothian was lifted before the disease became general, and on some dry soils near Dunbar nearly one half of the tubers were said to be sound last week when lifting was being proceeded with, but whether the tuners when pitted will keep good remains to be seen.

As to the question of lifting and storing the crop, Mr Douglas said-“It is generally very well understood by the growers in this country, judging from the experience they have had in the matter;” but he believes that, of the modes of lifting potatoes, “Hanson’s potato digger is the cheapest and best”. The principal objection to Hanson’s digger is its weight, as it almost always requires three stout horses, yoked abreast, to work it. There are, however, improved potato diggers on the same principle as Hanson’s, which are less oppressive to the horses. As regards storing, he considered pits about four feet in width as the safest and most convenient width. Mr George Hope, Fneton Barns, who followed Mr Douglas, said he approved of ploughs armed with prongs before and behind, which scattered the potatoes pretty well. This kind of pronged plough, he thought, lifted potatoes better than any other kind of implement. In regard to pitting, he thought they ought to be particularly careful in making the pits as narrow as possible; three feet, he thought, was about the best width.

The cultivation of the potato for the fattening of cattle was not referred to by either Mr Douglas or Mr Hope. We have occasionally advocated the cultivation of the coarser varieties of the potato for feeding cattle. Potatoes, when given along with turnips, will produce a larger weight of beef than the same extent of land occupied as a turnip crop-that is, one acres of potatoes given in connection with two or three acres of turnips will yield a larger return than three or four acres of turnips alone. Previous to the potato blight, it was not uncommon to cultivate the coarser varieties of potatoes for feeding purposes.

If in future potatoes are to be cultivated to the same extent in East Lothian and elsewhere as they have been during the last ten years, the returns derived from which have tended so materially to increase the farmers’ profits and indirectly enhance the leading value of all soils favourably situated for the cultivation of the potato, the more hardy varieties should be selected by cultivators. This present season has proved so disastrous to the extensive cultivators of this esculent that a majority of farmers will hesitate before they again devote so large an extent of land to this somewhat uncertain crop.
The loss arising from the failure of the potato crops is not, however, the only untoward incident of this season The wheat crop is so inferior as to the yield-not generally exceeding one half the average acreable produce of grain0and the grain has been so much damaged by sprout as to reduce its market value by perhaps not less than from 20 to 30 per cent, and consequently to diminish the money return from the wheat crop.

In East Lothian and other districts where potatoes and wheat are the staple crops, and from the returns from which the rents have been chiefly calculated, upon, money from other sources than the produce of the farm will, in the majority of cases, require to be applied to the payment of rents for the year 1872.”