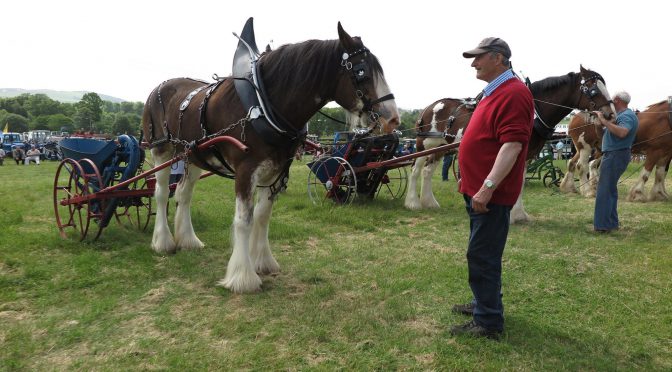 There were a number of important developments in potato planters in the second half of the nineteenth century.  By 1883 the Highland 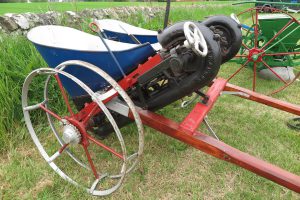 and Agricultural Society of Scotland recognised the need to further encourage their development. In that year it ran a trial of them.  One of the competitors was Robert Kyd, Coupar Angus with a two row potato planter. 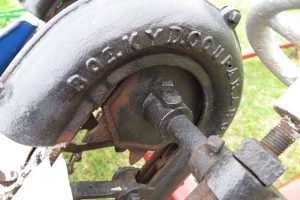 By that time Robert Kydd, Trades Lane, Coupar Angus, was already a well-known agricultural implement maker, recorded from the mid-1870s.  He brought attention to his manufactures in the North British Agriculturist on 28 July 1875.  He was a regular exhibitor at the Highland Show from 1879 until 1900 as well as a keen competitor of his implements and machines.  He entered the Highland Society’s trial of potato diggers in 1881 and the Royal Agricultural Society of England’s trials of potato raising machines in 1888.  He also entered the Highland Society’s trial of combined reapers and binders, or lifting and binding machines in 1882. 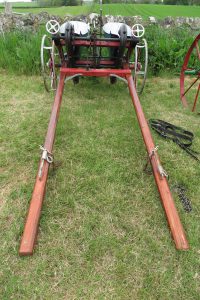 Kydd quickly gained a reputation for his implements and machines. In 1887 his two row potato planter was “now so well and favourably known as to require no description or comment”.  By 1896 the Dundee Advertiser could state that “he has been getting quite a name far afield”.  He was already well noted for his potato diggers as well as ploughs and drill ploughs.  All of his implements showed “good workmanship”.  He was recorded in trades directories as an implement maker until at least 1900 and as a smith until 1913.