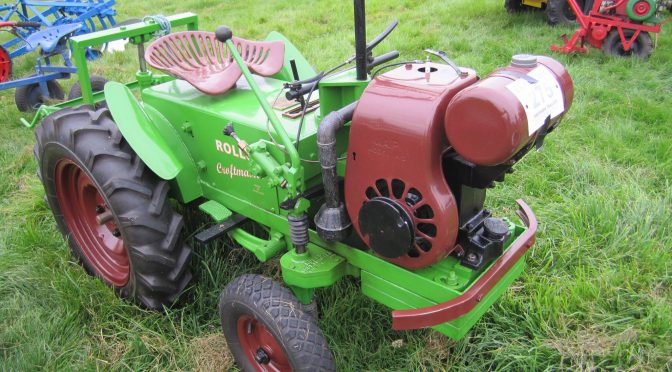 Ransomes, Sims & Jefferies, Ipswich, and other companies were aware of the potential for the development of small tractors and associated implements and machines for the crofter and small holders. Ransoms brought out its MG series of tractors to meet this need, manufacturing implements for them at its premises at Crostorphine in the early 1950s.

In Scotland agricultural engineers were also looking at the same problem. On 3 April 1954 the Falkirk herald carried an article which reported: “The first “baby” tractor, designed and built specifically for 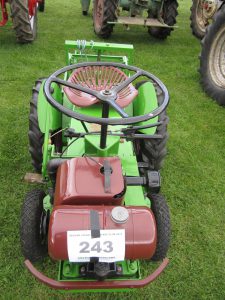 crofters and small farmers, has been produced at Bonnybridge. Delivery of the first production model was made last week to a farmer in Argyllshire. It is made and assembled at the St Andrew’s Engineering Works, Bonnybridge. Apart from the three horse power petrol engine and the tyres, the tractor is of entirely Scottish manufacture. Designer Mr J. M. Rollo, to whom the Works belong, is drawing on the facilities of his Easdale and Inverasdale factories to make parts of the implement but the bulk of the work is done at Bonnybridge, where a new building has been erected for the project. Mr Rollo made personal delivery of the first sale and demonstrated its capabilities on the purchaser’s croft. He claims that his “baby” can perform the same tasks as larger tractors; its size recommends its 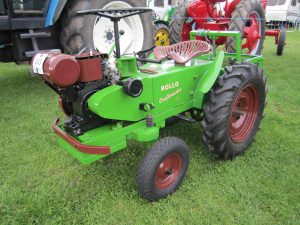 use on smaller farms. It is expected, from a recent survey, that the Scottish demand for an implement of this kind is likely to be in the region of 200 a year. It is also expected that there will be a considerable market for the machine in the export field. An anonymous donation to the Highland Fund of £10,000, for the purchase of 50 of these tractors, to be distributed to individual crofters, has enabled production to get into full swing right away. The machine is to be on show at the Industries Exhibition which is being held in Glasgow in September. Its features include independent front wheel suspension and the plough is raised and lowered hydraulically. In every respect it is similar to the larger tractors. There is a river’s seat, and a light weight trailer, made of synthetic wood, is available for transport purposes. An acre of land can be ploughed on a petrol consumption of two gallons. The implement is known as the olio Croftmaster.”

The Rollo Croftmaster was first exhibited at the Highland Show in Edinburgh in 1955. Rollo Industries Ltd continued to exhibit it at the shows in 1956 (Inverness), 1957 (Dundee) and 1960 (Ingliston). It was entered for the new implement award of the Highland Show in 1956 as the Rollo Croftmaster tractor fitted with new Rollo patented plough mounting linkage. The tractor cost £190; the hydraulic lift and patented plough linkage cost £30 and the mounted plough £18 10s.

There are still one or two Rollo Croftmasters around the vintage machinery rally fields in Scotland. Keep an eye for them. They provide quite a contrast to the larger farm tractors!