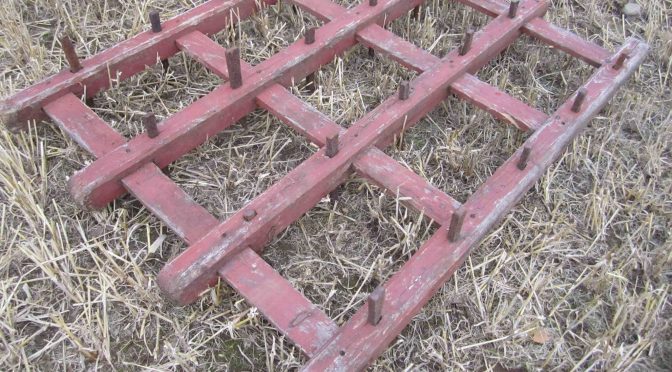 As we saw a few weeks ago, the Board of Agriculture and Internal Improvement undertook an important survey of agriculture and rural improvement in Britain from 1793 to 1817. This series was referred to as the County Agricultural Surveys, with each report having the title “General View of the Agriculture of the County of …”.
The accounts contained detailed accounts of the implements and machines used in each county, together with the changes that were being made to them. 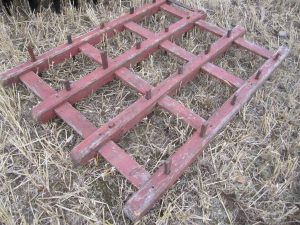 “Not many years since, implements were few in number, and rudely constructed. They have undergone much alteration of late, and several instruments of labour have been added to the former list.
The plough formerly used was the Scotch, long and heavy, yet well adapted to the powerful draught of 4 or 6 horses, that were frequently applied. When it was perceived that 2 horses were sufficient for every purpose of tillage, this simple implement was constructed on a lesser scale, but the original proportions still retained. It has since been improved in principle, (made somewhat resemblant to the Rotherham plough) by the late Mr Small at Ford, in this county, who has, on true mechanical principles, modified the mould-board into such a form of curvature, as to make less resistance to the earth as it is turned up, by which it requires less force to draw it, than any other plough known in this country; while the furrow itself is gradually laid over to its proper position.
The mouldboard, as well as the sheath, is now generally made of 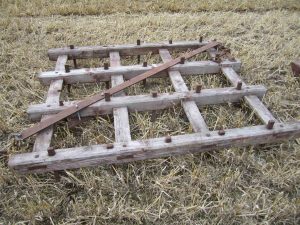 Quite a change from today’s implements and machines!

The photos of the wooden implements were taken at Daviot vintage rally in past years.