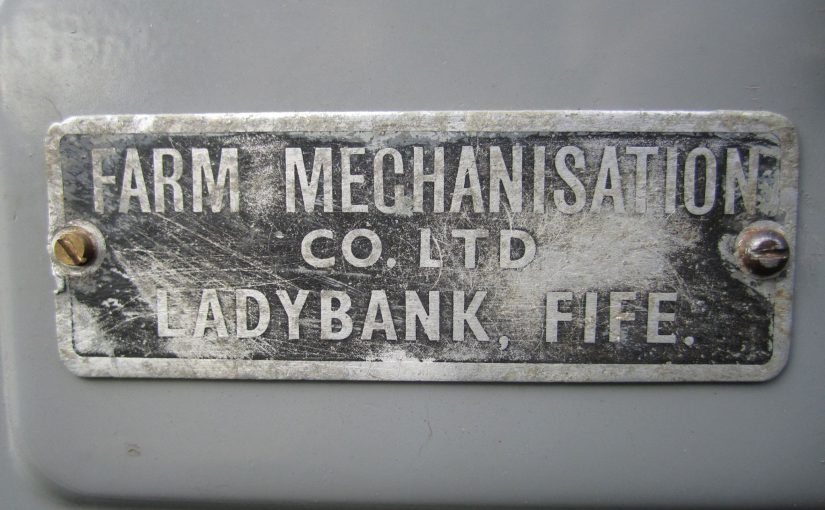 One of the well-known names of agricultural implement makers and agents in Fife was Farm Mechanisation Co. Ltd, of Ladybank, established by Gavin Reekie in 1947.
From its earliest days its name was closely associated with Massey Ferguson. Indeed, the company was set up to market the Ferguson TE20 tractor with its revolutionary three-point linkage.

In 1958 its strapline was “The Massey Harris and Ferguson people”. You will see the Farm Mechanisation badge on many Fergies and MF tractors round the rally fields!

By 1953 the company was associated with Reekie Engineering Co. Ltd, Arbroath, and Stirling Tractors, St Ninians, Stirling. In 1965 an advert in The Scottish Farmer recorded it as a member of the G. Reekie group of companies.