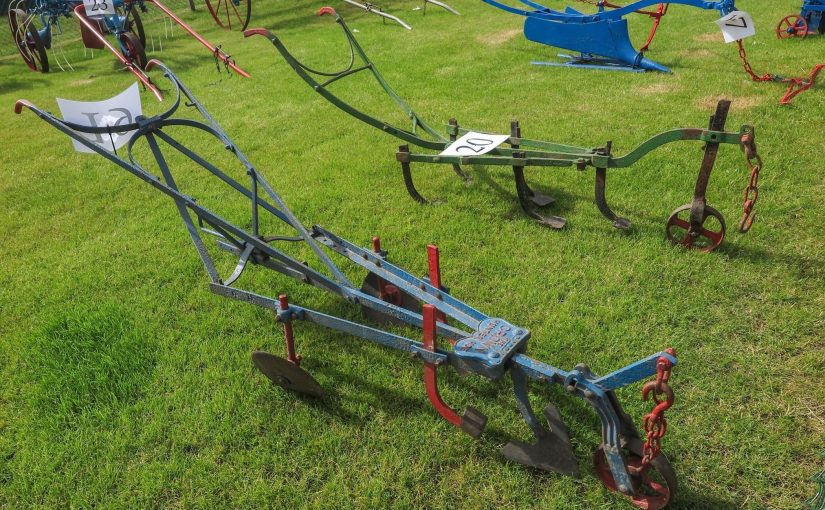 By the early 1950s mechanisation was a key word on Scottish farms. The horse era was giving way to the tractor era and on some farms both kinds of power were used, sometimes for specific tasks. With labour shortages both of full-time and seasonal and casual workers, there was a push to start to find more mechanised ways to deal with the handling, harvesting and processing of crops.

The following selection of adverts from the Strathern Herald in Perthshire shows the implements and machines on a small number of farms in the early 1950s. They show widespread mechanisation with up-to-date implements and machines to undertake a wide variety of tasks from ploughing, sowing, cultivation, management, harvesting and processing of crops.

Implements and machines from key makers were noted. They included names such as Wallace of Glasgow, Newlands of Linlithgow, Allan of Muthly, Dickie of East Kilbride, and Bisset of Blairgowrie. English and north-American names were also represented for some of the implements and machines. They included well-known names associated with particular products such as Albion (Harrison, McGregor & Co. Ltd., in Leigh, Lancashire) for mowers and binders and Massey Harris for corn drills and binders). At some farms there was a preference for particular makers: at Rotteans Farm there was a preference for the Ferguson system with its implements and Fordson with its associated implements.