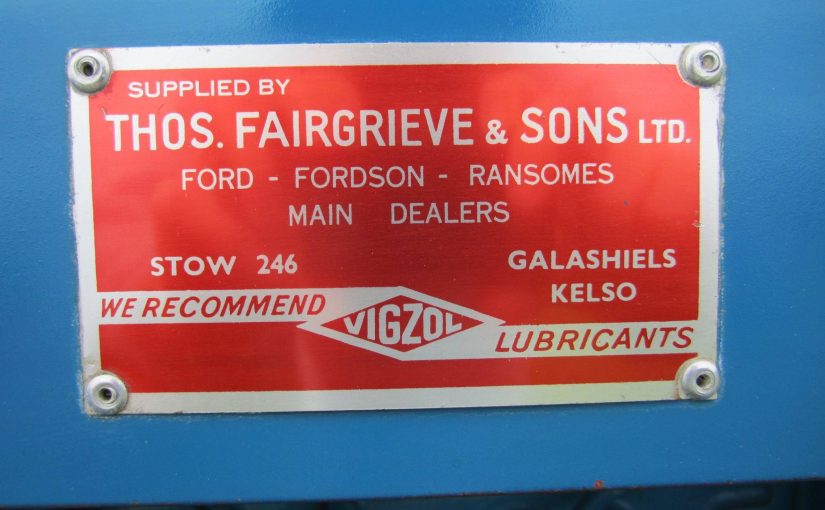 Who were the early dealers of Fordson tractors in Scotland?

By 1922 there was already an extensive network of dealers of Fordson tractors in Scotland. These were found throughout Scotland, but especially in the eastern counties where the largest extent of cultivated land. A number of them were already agents for agricultural implements and machines while others sold cars or were motor garages with experience of working with motor engines. For example, The Harper Motor Company described itself as Ford Motor Car dealers in 1920. Henry Alexander & Co., described itself as a motor engineer and garage. Harry K. Brown, was at Crown Garage, and a motor garage. Thomas Fairgrieve & Sons, described themselves as millwrights and engineers in 1925.

In the early 1920s authorised agents for sales and service included:

How many of these names do you recollect as Fordson and Ford tractor dealers in later years?