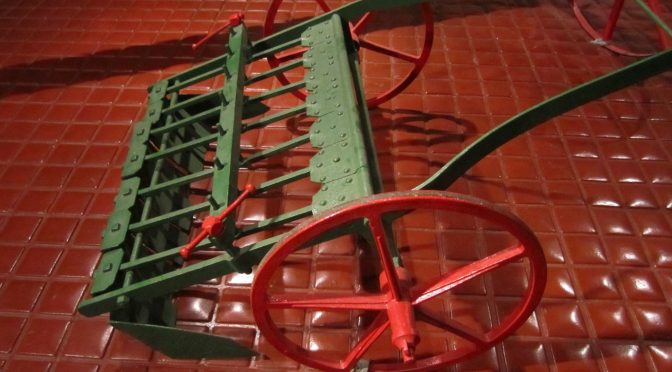 A well-known Banffshire implement and machine maker was Auchinachie & Simpson, Mid Street, Keith. It was already undertaking its business at that address by 1868; it continued to be associated with that address until at least the First World War. After 1920 the company, as Auchinachie & Simpson Ltd, was located in Keith, Morayshire. However, it passed a resolution to voluntarily wind up the company on 12 September 1923. It held its final winding up meeting on 25 February 1927. 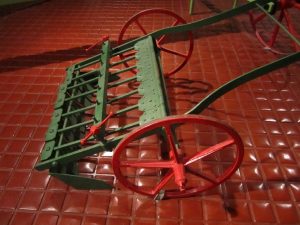 The company undertook a number of trades. From the mid 1870s it was an agricultural implement maker, general implement dealer, machinery broker and dealer, mechanical engineer, smith, and smith and farrier. Its manufactures included ploughs, harrows, seed sowing machines, grubbers and manure sowers. It was also an agent for a number of key Scottish and English makers, which allowed it to sell a wider range of manufactures, including mowers, reapers and binders, which had a huge impact on north-eastern farming. Its agencies included those for W. N. Nicholson & Son, Newark on Trent, Walter A. Wood, London, Macdonald Brothers, Portsoy, Harrison, McGregor, Leigh, Lancashire. D. M. Osborne & Co., London. 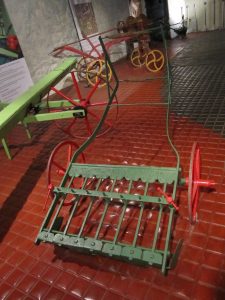 The company was a forward-looking one, advertising and promoting its manufactures at the Highland Show from 1876 onwards until 1923. It was awarded a silver medal for its collection by the Highland and Agricultural Society of Scotland in 1876. It entered its manufactures at a number of the Society’s high profile trials, including the trial for three tined-grubbers in 1885, grass seed sowing machines in 1887 and manure distributors in 1899. It was an advertiser in the North British Agriculturist from March 1870 until July 1911.

“This company has been formed for the purpose of acquiring and carrying on the business of Auchinachie & Simpson, agricultural implement makers and engineers, Keith.
The business of Auchinachie & Simpson is one of the oldest of its kind in the north of Scotland, having been established in 1866, since which date it has been continuously carried on with success. The firm has a wide connection in the north of Scotland and elsewhere. For some years immediately precedung the War, it was developing a connection in the Colonies, and there is every reason to expect that this trade can be resumed and further developed.
Mr James Auchinachie, who has been connected with the business for the last 53 years, and who for the last ten years has been a sole proprietor of the firm, is vendor to the promoters.
It has been decided to convert the firm into a limited company with the view of securing additional capital for the development of the business, for the erection of additional premises if and when necessary, and also with the view to stimulating interest in a local industry.
The vendor has made an offer to sell to the promoters his whole assets, including the goodwill of the business, for the sum of £2300, which will be open for acceptance for three months from the 10th of March 1919. 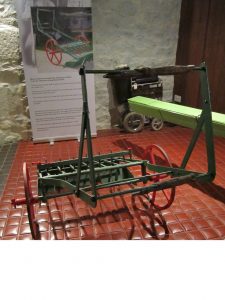 The business will be taken over with right to profits since the 10th of March 1919. The company will acquire the firm’s property in Mid Keith, held in feu (£300), the whole machinery, fittings, and plant, utensils, office furniture, and others connected with the business (£612 5 6), the whole stock in trade (£864 2 7). output between the date of the above offer (10th March) and date of valuation (20th march) less expenses £145), patent rights, trade marks, designs, patterns, valued by promoters (£178 11 11), and goodwill (£200).
The business in the past has been profitable and successful and that the vendor’s sole reason for disposal is advancing age. Looking to the engineering reputation of the firm acquired and maintained for many years, the numbers of orders on hand, and the large demand for agricultural implements both at home and abroad, shareholders may reasonably expect a profitable return on the capital employed.
The 76 shareholders included a cross-section of the local community, including a manufacturing chemist, plasterer, cattle dealer, farmers, a chartered accountant, grocer, wooden manufacturer, bank agent, solicitor, sadler, hairdresser, collector of taxes, advocate, bookseller, lecturer in agriculturer and a veterinary surgeon. Most of them – some 45 – were from Keith; few others were from outwit north-east Scotland.

The first a.g.m. of the limited company showed that it was making mixed progress. The business was carried out under the management of Mr Robert Boyd, who had been in the employment of the firm for over 20 years. However, two key figures died: James Auchinachie and James McWilliam. The company adopted the policy of equipping the company with the best plant available, so as to provide for economical production and a greatly increased output. New premises were erected inballoch Road, Leith, at a cost of around £2500. New plant was also purchased. The firm’s reputation for high quality continued to be fully continued. The productions of the company continued to be held in high regard by the agricultural community and the company had a large number of orders in hand.
The fortunes of the company changed and by September 1921 the company was making a significant loss (£924). There were further losses in following years, such as 1923, which led the company to resolve to wind up.

Auchinachie & Simpson: a key maker in Keith, and north-east Scotland.

The photographs of the hand drawn byre scraper were taken at the Aberdeenshire Farming Museum, August 2014.