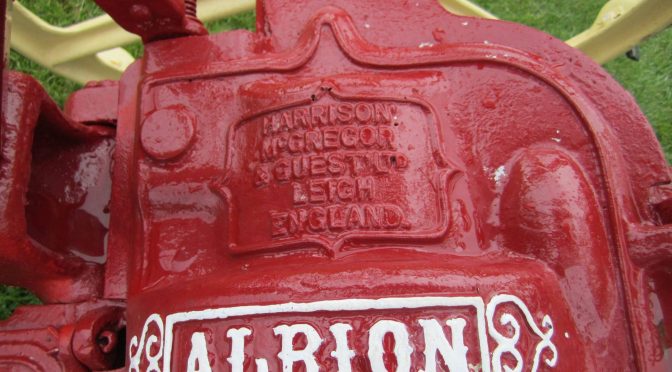 Some of the Scottish agricultural implement makers went to England to carry on their trade and became very successful, and even known at every farm gate. One of them was Alex McGregor.

The North British Agriculturist tells of his story on 19 July 1893:

“Mr Alex McGregor- Although the works of Messrs Harrison, McGregor & Co. Ltd are situated south of the Tweed, we nevertheless, from his nationality, feel justified in including Mr Alex McGregor, one of the members of the firm, amongst representative Scottish agricultural engineers. Mr McGregor was born in Scotland, and spent a number of his earlier years year in this part of the 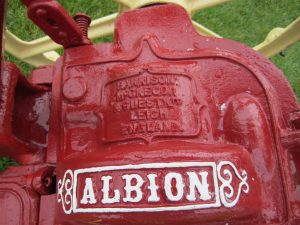 country. After a time he migrated south, joining, as traveller and outdoor representative, the large and well-known firm of Picksley, Sims & Co., Leigh, Lancashire. Messrs Picksley, Sims & Co. did a large business in harvesting machines and general farm implements, and Mr McGregor, who had early shown much natural aptitude for practical mechanics, there found ample scope for the exercise of his undoubted talent and ability. He soon became widely known all over the country, and was the means of adding largely to the already influential position which his employers held as farm implement makers. Mr McGregor continued in the service of Messrs Picklsey, Sims & Co. for some years, but an opportunity printing itself of going into business on his own account, he, in conjunction with his friend and co-worker, Mr harrison, founded and started the now widely-known firm of Harrison, McGregor & Co. The new firm, with its works also in Leigh, Lancashire, proved very successful, the same good fortune which had followed Mr McGregor in his capacity of employee also attending him in his capacity of employer. Largely through his instrumentality and ability, trade increased year by year, until now Messrs Harrison, McGregor & Co hold a position second almost to none in the Kingdom. In the mower and reaper trade in particular they are practically unsurpassed, their “Albion” makes of mowers and reapers being universally admitted to be marvellously perfectly types of reaping machines, whether regard be had to appearance, style, finish, or workmanship in the field.”
Harrison, McGregor & Co., was superseded by Harrison, McGregor, Guest & Co. in 1946.

Alex McGregor was one of a number of successful Scottish agricultural implement makers that found success beyond the Scottish Borders. During the late nineteenth and twentieth centuries there were others that played important roles in the development of the large implement and machine makers in England.