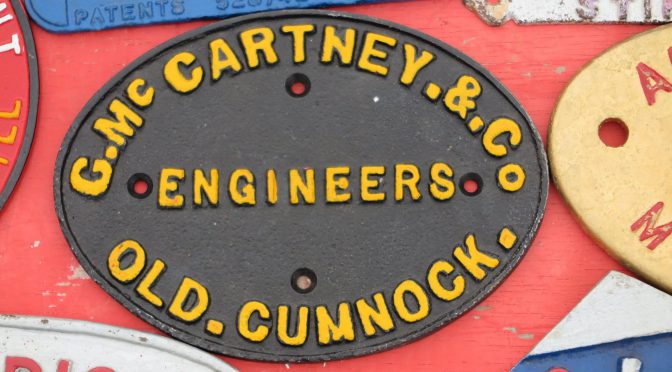 One of the well-known Ayrshire implement and machine makers of yesteryear was George McCartney & Co., engineers, Cunnock. The company was already established by 1850. By 1894 it was located at Glaisnock Street in Old Cumnock, and in 1903 it gave its address as Burnside Works, Cumnock, where it remained in business until the 1930s. 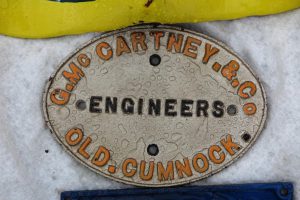 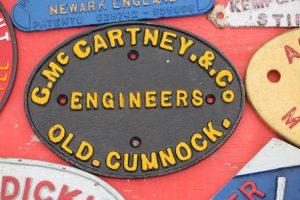 machines that it also heavily advertised in the Scottish agricultural press, in the North British Agriculturist from 1861, and the Scottish Farmer from 1893. In 1910 its threshing machines included a 3 feet 8 in bolster high speed threshing machine, with crank shakers, riddle and fanners (which sold at £77; with double blast £83), its “Eclipse” combined thresher and dresser, 20 inch wide, with horse gear (for £32); and a 16 inch thresher dresser, with revolving shakers and horse gear (for £27).

The company was a frequent attender at the Highland Show from 1850, though after 1852 it did not attend again until the 1870 show. Attendance was sporadic, with the company favouring the show in the south of Scotland and central Scotland show districts.

The company continued in business until 1933. However, its legacy continued. On 14 October 1933 William Dickie & Sons, East Kilbride advertised “McCartney & Co., Cumnock, the old established firm has given up business. We have secured the patterns and drawings for their threshing mills, water wheels, gears, water bowls &c.” If you bought a threshing mill from Dickie’s of East Kilbride, after 1933, the chance is that it would have been one that used the patterns from George McCartney & Co.

The photographs of the nameplates were taken at the Ayrshire Vintage Rally, July 2016.