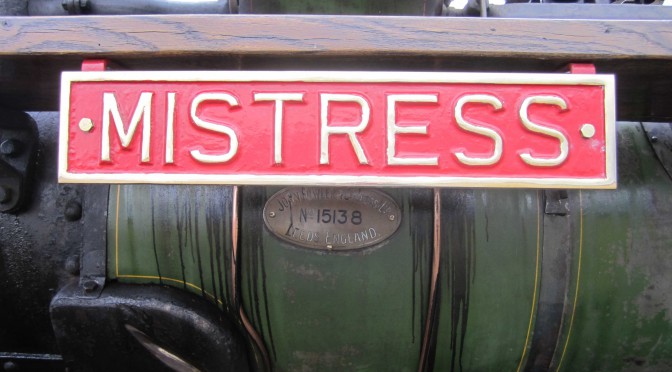 There are lots of tractors and traction engines named after women. They may be famous women, but more often they are loved ones – wives, daughters, sisters, as well as other relations.  But there are 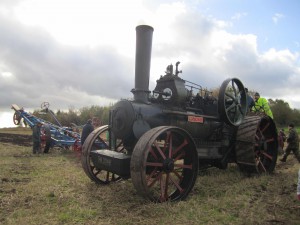 also ones with male names that inadvertently get called “she”: that may happen in a heated moment when there is something not working right, or it may be to show how much we care for them.  While all this gets rather confusing, it probably says more about how we regard our tractors and traction engines than anything else.

This celebration and commemoration of women in our agricultural motives raises the question what role did women have as Scottish agricultural implement and machine makers?

The character of the Scottish agricultural implement and machine industry meant that in the past women were to be employed in an industry that was characterised by a large number of family-run businesses of varying sizes.  They were employed as family members, supporting their family business, as well as others from the wider community in which the business was located.

Their roles were largely shaped by the traditional roles of men and women in society, even until recent times.  The engineering trades were male-orientated, and their apprenticeships only open to males.  The workshop was one that required physical strength and was a man’s place.  Times of national crisis, such as the two world wars, helped to change that, disrupting and challenging traditional roles and social conventions.

Women therefore had other roles.  These were largely within the realms of administration and management.  Business records show women family members employed as office managers, sometimes for many years.  Depending on business structures, women were also business partners, and a number of husband and wife partnerships are recorded.  They were also appointed as directors. Some acted as a director alongside their husband, in husband and wife run companies.  But they could also be directors on a wider board.  Sometimes these comprised only family members, though in other cases they included a broad range of people representing different interests.

Women could also be business managers and owners.  For some, these roles came as a result of the death of their husband or another family member.  Some acted as interim managers until the business was placed on a footing to other family members or sold to other parties.  Thus, the widow of Andrew Pollock, agricultural engineer, 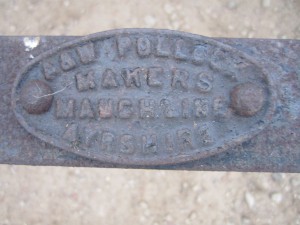 Mauchline, carried on her husband’s business on behalf of the trust estate from 1904 until 1912 until it could be transferred to his sons Andrew and William Pollock.  That business became the well-known firm of A. & W. Pollock, Agricultural Implement Works, Mauchline.

Other women could not hand over the business to another family member and took over the running and management, sometimes until their own retirement or death.  A number of them used their own name in connection with that of their late husband and in doing so associated themselves with him and his business. 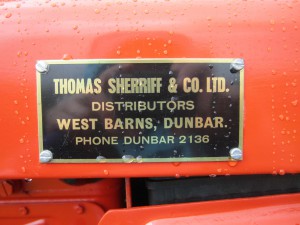 business was Mrs Thomas Sherriff, West Barns, Dunbar, East Lothian.  Thomas Sherriff was born in 1792, the son of a David Sherriff, farm servant, and Mary Sherriff (nee Ford), in Innerwick, a small largely agricultural parish in East Lothian with a population of 846 persons.  He started his business at West Barns, in 1816.  Shortly afterwards, on 5 December 1818, he married a local girl, Agnes Ponton.

Thomas was an innovator.  In 1843 and 1844 news of his new grain cleaner spread as far away as Reading and Hereford.[1]  The local farmers at the wheat market, Haddington, surveyed it and gave the opinion that they “were highly satisfied of its valuable powers, and appeared most anxious that it should be introduced into the county with the least possible delay”.  He continued to develop his implements, focusing on seed drills and sowing machines, though he also made other implements.

In 1852 Thomas started to exhibit at the General Show of the Highland and Agricultural Society of Scotland, the annual show of the national Scottish agricultural society.  That year it was held in Perth. He returned to the following shows at Berwick in 1854, and Aberdeen in 1856.  These were important shows, having the largest ever-recorded collections of implements on display, and at a time of increasing growth of the implement and machine industry and the mechanisation of Scottish agriculture.  At each of these shows, Thomas displayed drill sowing machines for grain, horse hoes for drilled crops, broadcast sowing machines for grain and grass, and sowing machines for carrots.  At the 1852 show he won a prize of £3 for a drill machine for grain and £4 for a horse hoe.

Thomas died on 15 December 1856, at the age of 64.  Following his death, his wife Agnes decided to carry on his business.  On 11 February 1857 she placed an announcement in the North British Agriculturist, the Scottish national agricultural newspaper of the day.  It stated that “following her husband’s death, Mrs Sherriff intends to carry on the business as formerly, and asks for continued orders”.[2] She named the business “Mrs Thomas Sherriff, West Barns”.

Mrs Sherriff built on the successful business that Thomas had set up.  She became a regular advertiser in the North British Agriculturist, promoting a range of her implements and machines, and giving them a much wider profile.  Her advertising allowed notice of them not only throughout Scotland, but also much more widely, as that newspaper was also widely read in England.

She continued to exhibit her manufactures at the General Show of the Highland and Agricultural Society of Scotland.  Through the award of premiums at that at show, her business became the most highly decorated Scottish agricultural implement maker of the second half of the 1850s and early 1860s.  No other implement maker came close.  Her business was awarded no less than 32 awards between 1857 and 1861, including nine bronze medals.

Mrs Sherriff continued in business until 1871.  On 19 July 1871 she placed a further notice in the North British Agriculturist announcing that “on this day Mrs Sherriff retired from business and transferred the business to her present manager Robert Robertson who will carry on the business, and who is authorised to pay all debts due to Mrs Sherriff to 6 July 1871.”  Robert succeeded to the goodwill, stock in trade and tools of the business. He renamed the business “Thomas Sherriff & Co.”, thus starting another episode in the history of that business.  He remained there until his death on 18 January 1906.[3]

Women therefore had a number of specific and well-defined roles in the Scottish agricultural implement and machine making industry.  Importantly, they had ones that allowed them to manage and direct in a male-dominated world.  You could say that women were in the driving seat.  Mrs Thomas Sherriff certainly was.

Transactions of Highland and Agricultural Society of Scotland