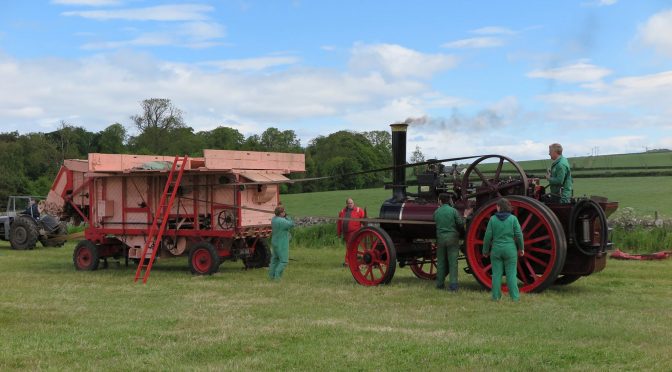 Threshing mills started to become more widely available in Scotland in the later eighteenth century. By the early nineteenth century they had become more common among some of the social classes. How were they being adopted and used in some counties of Scotland? 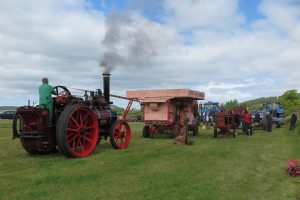 The Board of Agriculture and Internal Improvement provides some insights to the adoption of threshing mills in its county agricultural surveys, published between 1793 and 1817. The survey for the county of Fife provide an extensive account on threshing mills. It is repeated at length:

“Threshing mills, a late, but most important invention, are now very common in Fife, and their number is increasing every year. In almost every parish they have been erected, and in several parishes not less than 7 or 8 and are to be seen. In the whole county, the number may probably be nearly 300. They are of different constructions, and 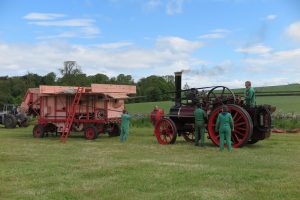 various powers: and since they were first introduced, have received very considerable and material improvements. Some are moved by water, when a convenient steam can be had; but the greatest number are wrought by horses. I know of none that do not require at least two horses. Some require four, and some six. They thrash from two to twelve bolls in the hour; and many of them, by connecting fanners and other pieces of machinery with the principal movement, are made not only to thrash, but also to clean, to riddle, and to sift at the same time.

Of the many excellent and effective machines of this kind to be found in the county, the one erected, some years ago, at Kilry, in the parish of Kinghorn, was reckoned, at the time of its erection, one of the most complete. It is moved by water, and is said to thrash and clear 12 bolls in the hour. Many people in the neighbourhood carry their grain to be thrashed there, which they get done for sixpence per boll. Combined with this, there is a corn mill, a barley mill, and a hoisting tackle, all moved by the same water wheel. 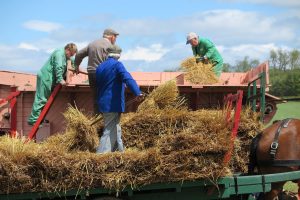 Since that period, a great many other thrashing mills of equal, and some of superior powers, have been erected in this county. There is a very powerful one at Pusk in the parish of Leuchars, which was erected by Mr Buchan the late tenant. And Mr Cheap of Rossie has erected one lately, which, in respect of the excellence of materials and workmanship, the convenience of the several arrangements connected with it, the extent of its powers, and completeness of execution, is equal, perhaps superior, to any in Fife. 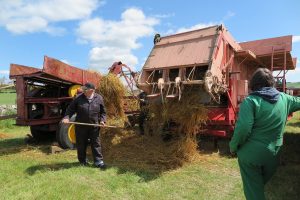 The advantages of this invention to husbandry are great. It separates the grain from the straw more completely than flails can do. It performs the work in a shorter time; and requires fewer hands upon the whole. By thrashing wet grain quickly and completely, it saves it from being lost in wet harvests, when the crop cannot be got easily and properly dried. In short, the same hands, that would otherwise be necessary on the farm, will be able, with this instrument, to accomplish the business of thrashing without much perceptible loss of time, as they can always in an hour in the morning, before they go out to the plough, or other work without doors, thrash as much as will serve the bestial for one or perhaps two days. 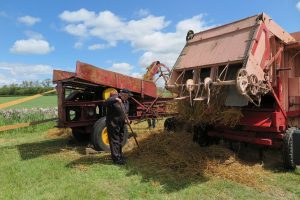 In a few instances, indeed, I have heard complaints that this machine, though erected at great expense, and judged to be sufficiently executed, did not thrash clean. But this must be owing, not to any defect in the principle, but to some inaccuracy in the construction and adjustment of the machinery: a circumstance not to be wondered at, in a work so new and so complicated. It may be expected, however, that, by a course of trials, every defect will be discovered and corrected, and by the improved skill and dexterity which the mechanic will derive from practice, the machine will be brought to such perfection, as to remove every complaint.”

The photographs were taken at the Fife Vintage Agricultural Machinery Rally, June 2015.