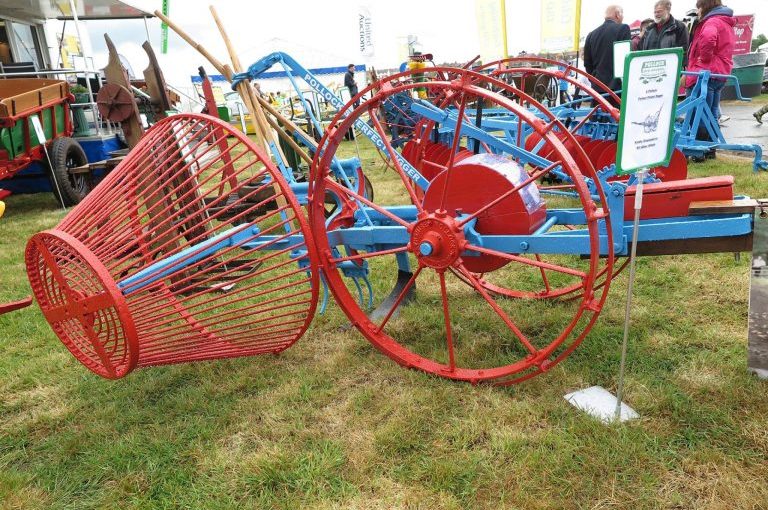 The business was started by Andrew Pollock in 1867. This is how the Ardrossan and Saltcoats herald described Mr Pollock and his business on his death in early October 1904:

“Death of a prominent agricultural engineer
On Saturday morning last the public of Mauchline were startled when it became known that early in the morning Mr Andrew Pollock, agricultural engineer, had suddenly expired. On Friday he visited Kilmarnock, and when he got back he attended to his duties apparently in his usual health. Mr Pollock was born at Tarbolton upwards of sixty-three years ago. Like most of the Tarbolton boys of that date, he for a short time wrought as a weaver, but not having any liking for that work, he engaged himself with Mr Carenduff, blacksmith, Millburn, as an apprentice. Shortly after he had finished his apprenticeship he commenced business on his own account at what was known as Coilsfield Smithy. Being rather out of the way here, with little prospect of much increase in trade, about thirty-six years ago he removed to Mauchline, where he started business in premises situated at the head of the Cowgate which had been occupied by the late Mr John Meikle. Very little business was doing in the smithy when Mr Pollock took it over, but by industry, enterprise, and perseverance he built up a splendid business. He rebuilt the old premises and extended the workshops, adding up-to-date machinery. His stand of agricultural implements has, for a number of years, been a feature at all the leading shows in the country, and at every centre of agricultural enterprise Mr Pollock’s tent could be seen. He also, since coming to Mauchline, has accumulated a large amount of house property. He was, at the time of his death, an honoured member of the Parish Council and an elder in the Established church. His funeral took place on Tuesday, and was private, with the exception that his workmen and the members of the church session were present. He leaves a widow and a family of three sons and three daughters to mourn their sudden bereavement.”

The business was continued by his widow, Martha Pollock, until Andrew’s sons were old enough to run it. On 31 December 1912 the business was transferred to Andrew Pollock and William Pollock, under the name A. & W. Pollock, agricultural implement works, Mauchline.